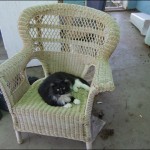 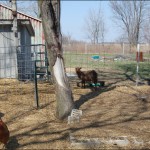 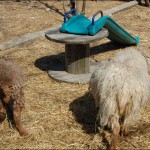 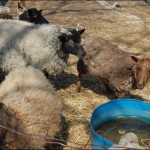 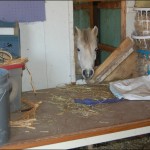 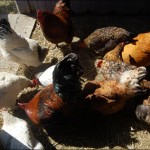 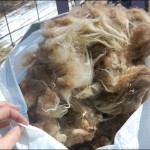 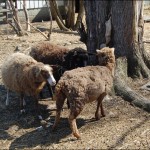 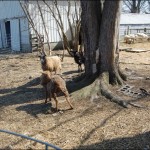 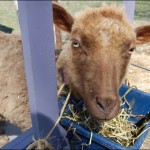 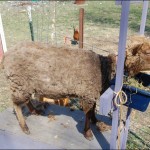 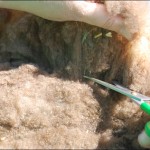 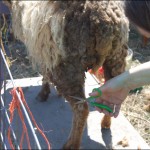 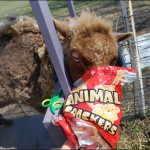 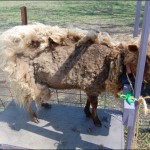 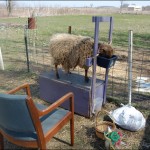 Our 4th shearer stopped shearing.  She is having health concerns and working on schooling and well, now we are without a shearer, again.  Four years, four shearers.  What I wouldn’t give for a shearer that is regular, year after year after year!

We tried doing it the traditional way with big heavy clippers and popping the sheep on her rump but that is an art and we were awful at it.  I didn’t want to hurt them anymore than we did so that was a no go.  A friend sent me a video of a lady shearing her sheep on a milk stand with scissors and then with hand shears!  I figgered, I would give it a try.  It took me over an hour, but I did manage to get Emma done.  Mind you, professional shearers would do my whole flock of 15 animals in an hour… but hey, I’m just learning.

Unfortunately, I don’t think I did very well at it.  I did get her cleaned up and lighter in wool, but I didn’t get the greatest clip, and I’m sure that I lost some of this fiber length and such.  But you just gotta do what you gotta don sometimes.

I ordered a pair of hand shears so that my next victim might be a little nicer…  we shall see!

Thank goodness Emma was patient, and as long as the snacks were forthcoming, she was pretty cool about it.  I knew she would be a good candidate, she is very mellow.