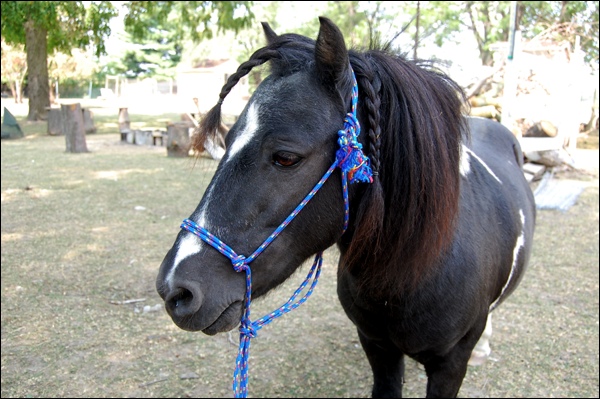 Isn’t this just the most handsome little stud muffin around?

And what a dapper lovely halter he’s wearing…. that his mom MADE for him!

Yep…  only 20 feet of cord and about 16 hours of fumbling and POOF!   Cody has a lovely lightweight, natural horseman rope halter!

And he loves it. 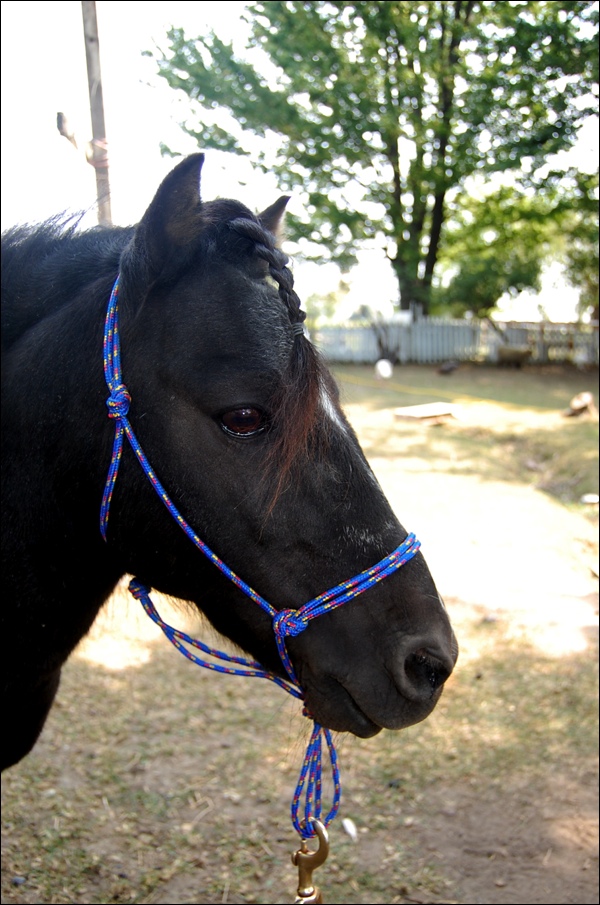 I have had such trouble with finding a nice lightweight halter for my little buddy.  He came to me with a rub sore on the top of his head, his poll, from an ill fitting halter.  Being a small pony, the smallest standard halter is still gangly and big on him.  And he is always slightly reluctant to have it put on his head.  I don’t blame him.  It’s buckle is cranked up to the smallest notch and lands very close to his ears and he doesn’t like that.  He’s very touchy about his ears after that sore he had.  When he’s loose here at home, he rarely has a halter on.

So I did some research and I kept finding this nice natural horseman type halter and good recommendations on them.  And they are adjustable!  Yah!

They sell them, but well, I found these instructions online and armed with a hunk of simple rope, I gave them a whirl.

Now, I gotta say, the hardest part is that Fiador knot.  It can be a little tricky.  But if you just follow the instructions, it’s not too bad.

And of course, their measurements are more for a horse, so I had to adjust and loosen and adjust some more to make it work for Cody.

And once I had a good one, with all the right lengths and such, THEN I used the pretty cord that cost me a whole dollar.  And I kept the first one as a reference for making him a couple different ones, out of different pretty cords and ropes.

What I love is that he stood there and let me put it on and off without any fuss.  And I really had to adjust the first one.  He was fine with it.  And he handled just fine with it, very responsive.  It’s light but is supposed to give you a lovely light hand with your equines.  I must admit, I was surprised at how easily he accepted it.  Like I said, all his other big, heavy clunky halters, he is just not an eager beaver to put on.  He will, because he’s the best pony in the whole universe… but you can see, he’s not digging it.

But this one?  He’ll even put his nose out and let you slip it on.

I think he just likes the color on him.  Blue is pretty on a black pony, don’t you think?

I think I’m going to look around for some really pretty cord, something neat and then add a little beadwork or a charm or two to part of the weaving and such.  Really look nice.  Not too girly.  (Even though he lets me play with his hair and braid it… he is a WILD STALLION of the Highland Moors.)

Give it a try!  If you have an equine…  see if you can make your own!  It really only took me a hour or so to really do it.  Not 16 hours.  Just kinda felt like it the first one because of all the adjusting I had to do for his size!  I’m just happy to have found something that he likes and is still capable of controlling him during one of his wild and energetic, crazy pony outbursts.  Not that I’ve ever really seen that, but I want to be ready just in case. 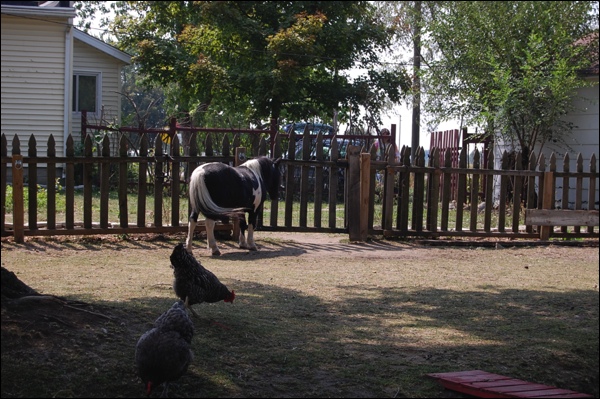