Well, as an early Christmas present and a year end bonus, the little Moby elves have given me a iPad. And it is so neat, I just love it. I’ve always been a Mac person, and this is just the answer to a lot of my wishes. I recently moved back to a desktop computer, with a large screen to help with my graphic arts duties and love it, but really miss the ability to move around like I did with my old laptops. And there are times that I’m out and about, and would like to be able to say, take a vacation, but still be able to be in touch and take care of simple tasks, etc. The iPad is perfect. I can use it watch Netflix or surf the web or handle email, and even use it for some educational apps for Maggie and well, just fun too.

But I’ve noticed it’s a little heavy to hold for extended times. And you end up having to prop it on something, pillows, blanket etc. So I started to snoop around and found people selling all sorts of little iPad pillows! Those above are some of the ones I thought were pretty cool. However, every one was like easily over $30 or MORE! I’m like, no way am I paying that much money for a pillow!

So I set out to make my own.

I knew that I wanted to have those little micro beads in it, the little squishy beads that conform and flex so beautifully. However, they are rather expensive at the craft stores! So I did the next best thing. I bought a little cheap pillow that was filled with them instead! $7.99 at a local drugstore. 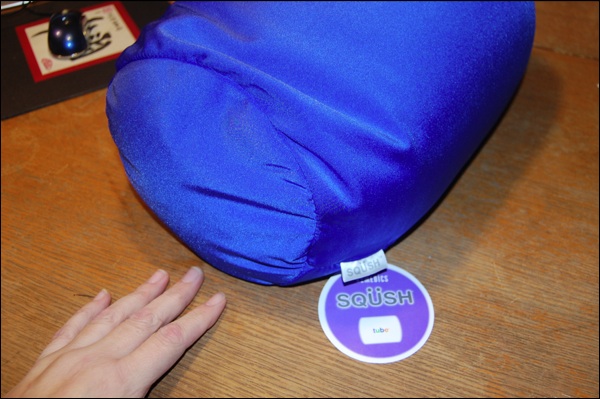 Well, after looking at it for a big, I relealized that maybe I could just alter this pillow a bit. It was called a Squish by Homedics. I just needed a little lip or shelf for the iPad to rest on. I used my hand to sort of karate-chop out a little shelf and then stitched it down, keeping the beads in the little front shelf roll. Took about 15 minutes max. 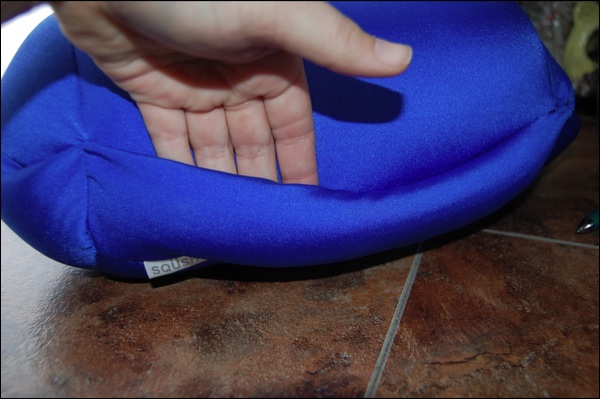 Then I pulled up the side edges and tacked them on either side of the pillow to make a little cradling pouch of sorts for the edge of the tablet to slip into. Seemed to work pretty darn good.

Except for one big problem. It was originally a tube design, and even with my little alteration, it was still too rolly polly and tended to tip and was a little too unstable for my expensive little friend. Just made me nervous. Especially on a table or desktop where I had hoped to be able to use it as a sort of management tool for to-dos and such. 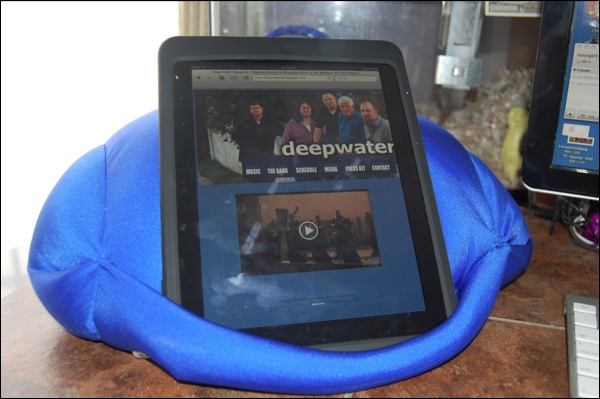 My original design was to have a flat bottom and an angle of about 45 degrees or so to provide a nice viewing platform for the little beast. I wanted it out of something soft like flannel or felt. And I wanted it to be squishy, with the microbead stuffing. So I got out the fabric from that lovely soft grey sweater that I felted a few months before and cut out my pattern.

Sewing it up was a snap, only took about a half hour. But then, came the worse part. Filling the pillow.

Oh my gosh, those little microbeads are like crazy, man. They cling to everything and made a MESS! I imagine there is some secret to working with them and I should have Googled it first, but I didn’t and had to call Jessy in to help me. Pretty quick we had them all over and we were laughing like hysterical girls as they clung everywhere. But thankfully, they suck up easily with the vacuum hose! 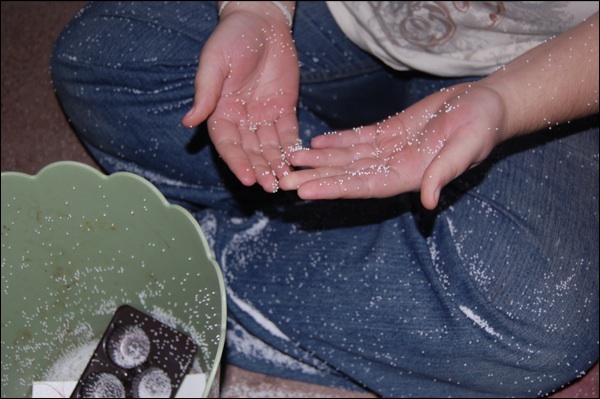 Since my pillow was a bit smaller than the blue squishy pillow, it was okay. We managed to get most of them into the new pillow and all was good. I stitched her up and viola! iPad Pillow Perfection!

I must say, I have tested it out and it’s perfect for me. The flat bottom lets me use it on a table top or desk without worrying about it rolling or flopping over. The angle is perfect and it’s very easy to set on your lap on the couch or in bed. I think it’s a perfect homemade solution! 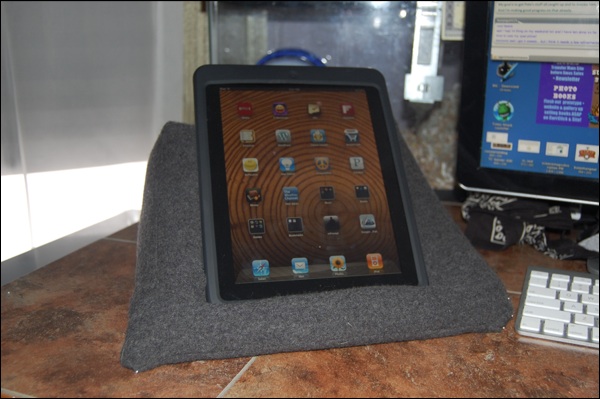 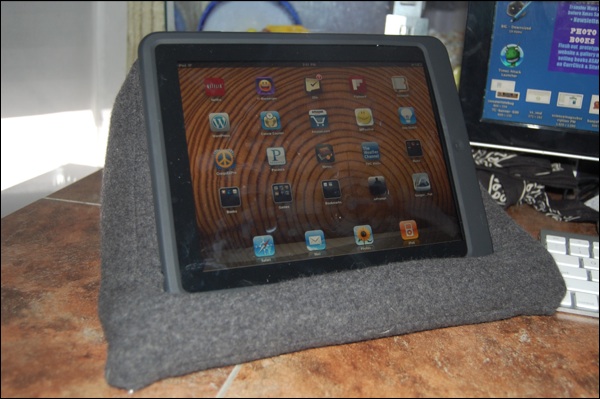 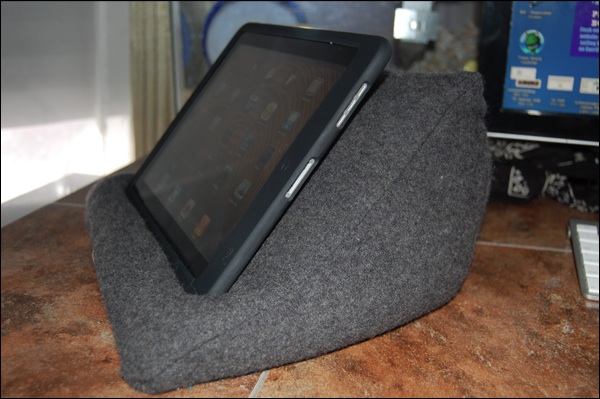 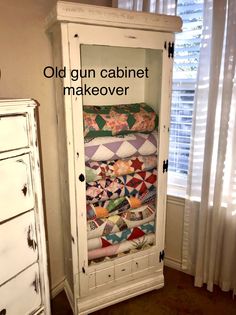 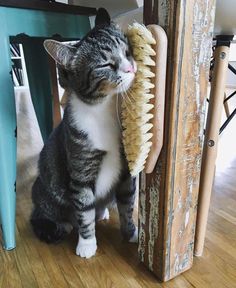 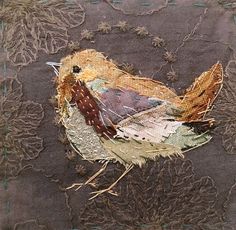 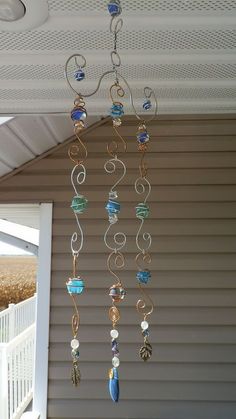 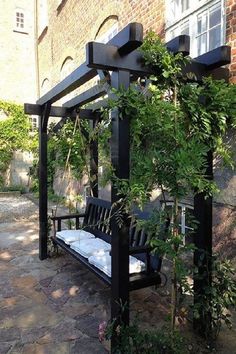