↓
Home→Ramblings→Spicing up the End of the World… 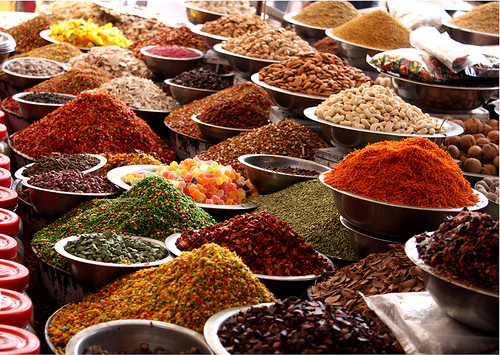 Ok, blame it on this book I just read, World Made By Hand by James Howard Knutsler, which I might add was SUPER good and interesting…. but I digress. I must blame it on that book and then I stumbled upon a blog/forum where the participants are playing out a What If the world’s ready made food supply went bad and you could get no more… and the people participating are posting “What If” journal entries of each day and it’s very fascinating. Visit HERE….

Well, I have come to some interesting thoughts. Everyone seems to gets by eventually. Oh sure a great many of the ordinary folk in the big city croak, or start fighting and looting and basically acting quite uncivilized, but eventually people settle in to this sort of simple peasant exsistance and have to eat squirrels and stuff they find on the side of the road and weeds, that kind of thing. And of course, those left eventually start trading and swapping stuff, but they all want the same things….

The special things that spice our world… yep…. Sugar, honey, salt, spices, condiments, coffee, tea, oh yeah and hard liquor, ammo and smokes. Haha. Yep. Those are the top trading items and everyone gets all freaked about these little treasures surfacing in some abandoned house or whatever. So I got to thinking… instead of storing up TONS of wheat and all, I think we should also make sure to stockpile up some of the things that make life bearable. Yep, I’m talking about garlic powder, vanilla and soap.

All fun aside, I was really surprised to learn that plain old white sugar is one easy keeper in the world of hoarding. Hardly nothing seems to make it go bad… (I can attest to that, we have some christmas sugar shakers that are open and I think I came over with my family from Europe back in 1845) ((And they’re still good!)) Yet sugar is something that all these fictional tales talk about as being like GOLD at the trading table. Hmm…. So it sounds like sugar would be a good thing to really keep on hand.

Spices! Another thing that seems to be in big demand. After all most of us have just that teeny little jar of .3 ounces of this and that. When you’re trying to make squirrel taste good, you’re gonna need a LOT of spices and stuff to make that taste good to your 14 year old daughter. Trust me. And to be honest, when you gotta finally start eating raccoons and ground hogs and all those weird little gamey animals, you’re definitely going to like a good Montreal steak rub on that whistle pig! 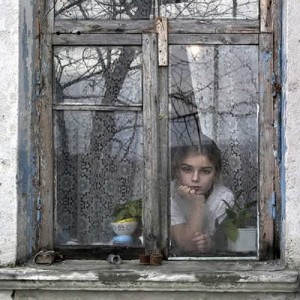 Well, guess what? Not only are they lightweight and pack a HUGE punch in teeny bits, spices are really pretty stable and long living if you do some preventative care. Whole spices can last years and still be good. Store them in airtight jars, bags or seal-a-meal them and THEN stash in a jar. Keep them in dark places, low humidity, that kind of thing. Chilled is even better. And like I said, you can get a LOT of spices in a very small area. A pound of cinnamon versus a pound of flour… hey, that cinnamon is going to get you 150 times it’s weight in flour and basic staples around Christmas time. And pure vanilla! It’s has a super long shelf life if keep sealed and in a cool dark place.

Some people will tell you… spices will loose a lot of their potency after even a few months. Well, every National Geographic I read that shows these open air markets, well, those people have HUGE big piles of the stuff, and it’s out in the sunshine and air, and I really doubt they sell all it in a day and that everyone rushes home to hermetically seal their purchase in seal-a-meal fancy canisters and all that. I mean, they used to drag that stuff thousands of miles on the back of a camel in the old days, in a old sack and it was still pretty darn good and special when they got to whereever they were going. I just can’t imagine some post-civilization day when some ragged survivor won’t trade you his rooster for that bottle of Lawrey’s Seasoning Salt because it expires the month before! Heck no, that stuff is going to be gold for a long time! You’ll just have to use a bit more for the full fresh kick, and that means your stash will be even more valuable!

At first I thought you should probably go for big bulk of these things, but then I thought, no, if the world is really in a handbasket… you’ll want smaller portions to divvy out. It would be like buying 4 apples with a thousand dollars! (If you had like say, a 5 pound can of coffee.) You’re gonna want like a pony or oh 20 chickens or something good for a 5 pound can of coffee. I just don’t want you all to be cheated at trade day down at the post-civilization fair. So I think watching for these things in the smaller, easy to barter and trade sizes will be a good thing to add to your stash. LIke 1 pound cans of coffee, and small spice jars and such. Sugar I guess you can get that in big bags and then just watch that when you open them to trade, you don’t get ripped off because you think you have a lot.

Oh yeah, and canning lids. Another good thing to stockpile. And soap. Cuz yeah sure, you can make your own soap. But how many people have lye and coconut oil laying around in bulk? Sure if you have some of those cool FoxFire books you MIGHT be able to figure out how to make it with lard and fireplace ash and all that, but we’re talking some pretty nasty stuff. Nope, seems to me that a bar of soap is cheap and easy to stash ALL OVER YOUR HOUSE… and will make a sweet trade item when the end of the world comes around.

They keep a long time you know.

Hard liquor is another good commodity, even has good medicinal values as well. (And it will help to calm the no-internet and electronic jitters that folk are going to have for a few months after the fall. I know I’ll have a hard time adjusting to that for sure. haha) Having a good stash of those little airplane bottles would be good because you could pretend to only have a few of them and that way you won’t attract the attention of thugs that might think you’re well stocked. I think that’s something you really have to be careful of… appearing to have a HUGE stash when everyone around you is dirty, and complaining about their food being bland. They start smelling cookies and seeing you wash a good deal and that is going to attract attention. Best to keep things hidden and in small quantities so that you can pretend to be as bad off as everyone else is, on the surface. But if you’re going to flaunt it, you better make sure you have stockpiled a lot of ammo as well. You might need it.

Another thing I’m learning is that if you’re going to expect NOT to eat your pets, then you should probably do your best to know what kind of gross things your pet can and can not eat. Fish heads, innards and just random dead things can work in a pinch, but you’re going to want to stash some pet vittles as well. Probably cans of stuff, and make sure it’s good quality, because in a pinch, you can dine with Fido on his prime rib Alpo!

Isn’t it amazing what you can learn from just a good book or two? And a slightly over-active mind?