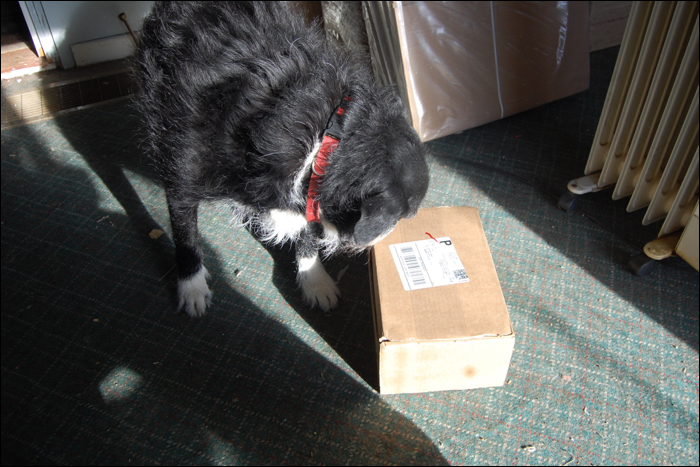 If you haven’t heard about this…  you might want to google it!  It’s called Bark Box…  and it’s a fun monthly subscription thing for your doggies!  Now, normally, we would probably not go in for something like this.  Our budget is pretty tight, getting better but well, you know.  Dog toys and treats are pretty far down on the whole budget requirements thing. 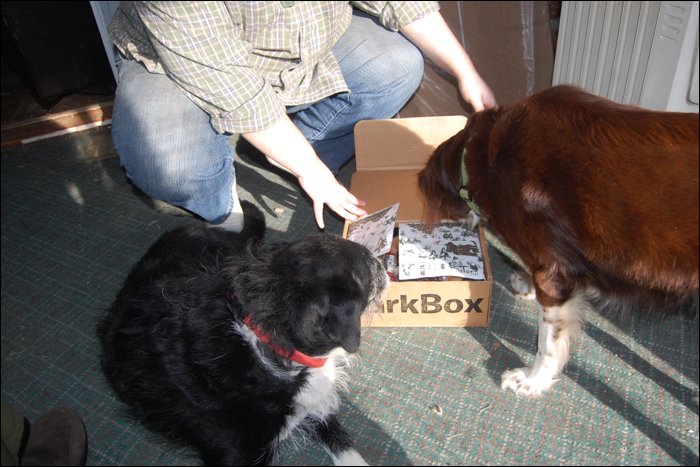 However, in a moment of weakness…  they got me with a $5 sample box to try.  I thought, hey, why not.  We could cancel anytime and I thought, we should give it a try.

Well, I gotta say, our doggies just went nuts.  It was like Christmas x5 for them.  And we had a good time as well!  They must spray some sort of bacon spray on the box because, buddy, I gotta say, they were excited the minute it came into the house!  It was like they knew…  they were so interested. 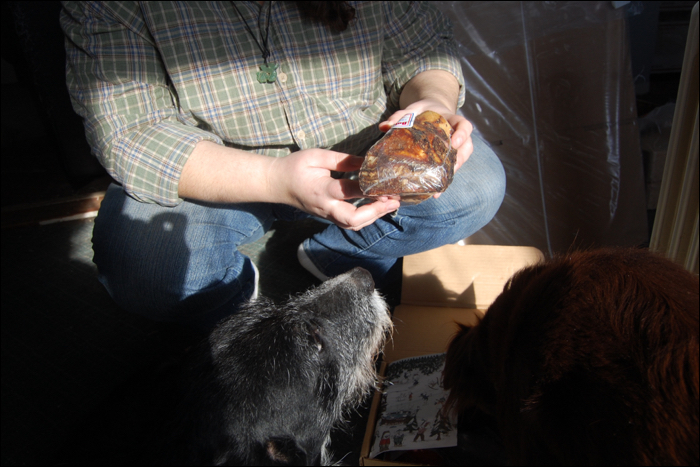 The toys were cute and fun and the treats were all really nice and made in the USA.  I like that.  You read a lot about some of these off beat treats coming from China and they are not really that good for you beloved friends.  Ratchet was very very excited for the huge beef knuckle bone!!!  He claimed that right away. 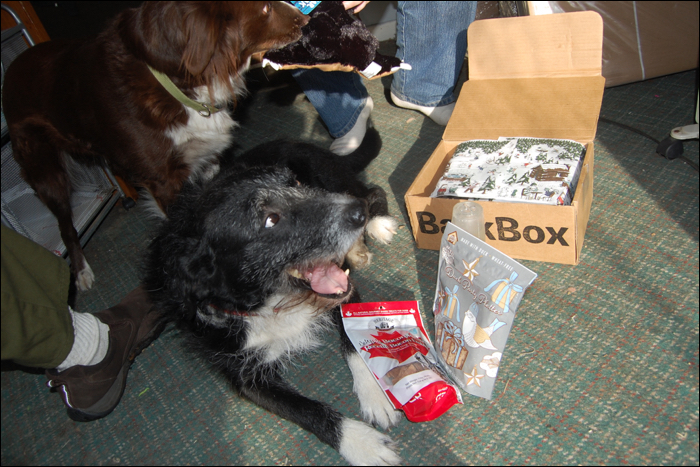 Normally, the boxes range from about $20 to $30 a month.  We are signed up for the $20 one and it’s free shipping.  And I have to say, it’s a good value.  There are at least a couple toys, one big chewie thing, a ball type toy and a couple bags of yummy treats.  One sounded pretty darn good, I thought I’d like one!   Maple Bacon anyone???  Ratchet sure approves! 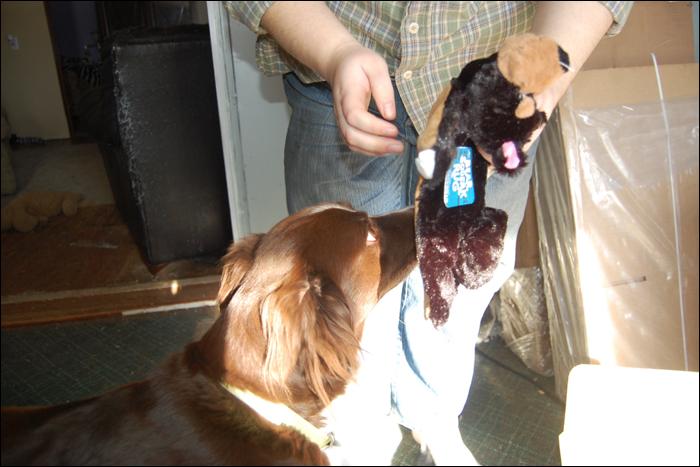 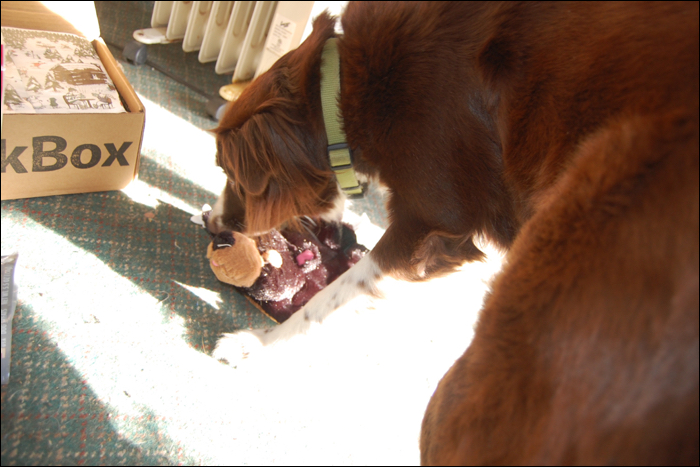 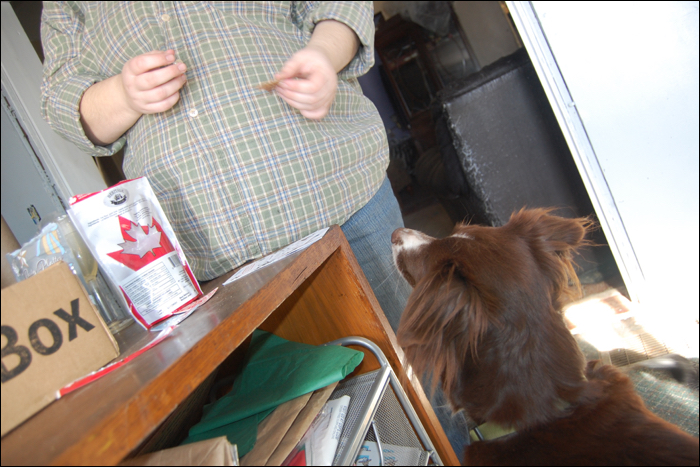 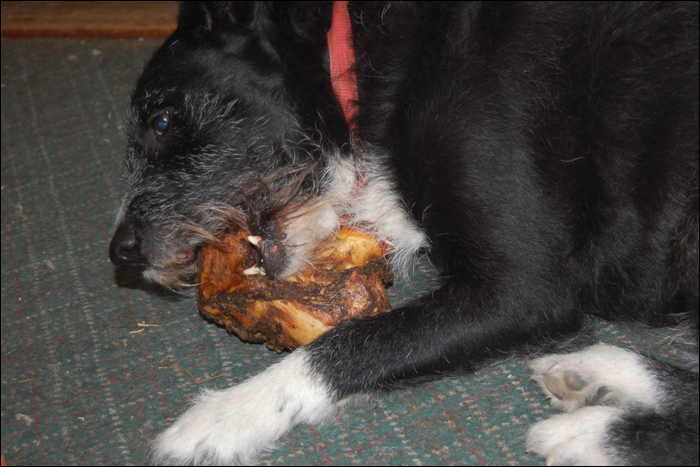 Nom, nom, nom!!!  Happy doggies!!!  Evee loves the fetching toys and of course the treats!!!   Ratchet likes the squeeky things and stuff to chew.  One box was fine for the two dogs.

I can’t believe how much fun we had with this.    The dogs were so excited, playing and snacking and tail wagging.  We had fun opening it and exploring all the little bits.  There are cute cards in there and information about the toys and such.  Really, a great fun deal!   We will certainly give it a try for a few months.  Our pooches are going to be very spoiled.  We really don’t get them many treats and such, so it’s kind of nice to have it all done for you and mailed in.  Can’t wait for the next one and the fun.  It’s been two weeks now and they are still playing with everything, although the bone is gone and the snacks…  haha… missing!  But they loved every single one. 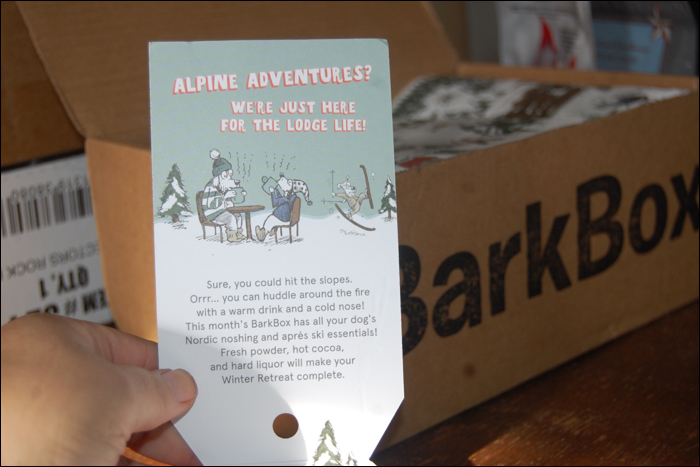 Toto is afraid.  Very afraid.  The doggies were so excited and jumping around and acting like fools!    He wants a Meow Box!  haha…  Maybe we will have to try that after a couple months of Bark Boxes!  After all, cats needs toys too!