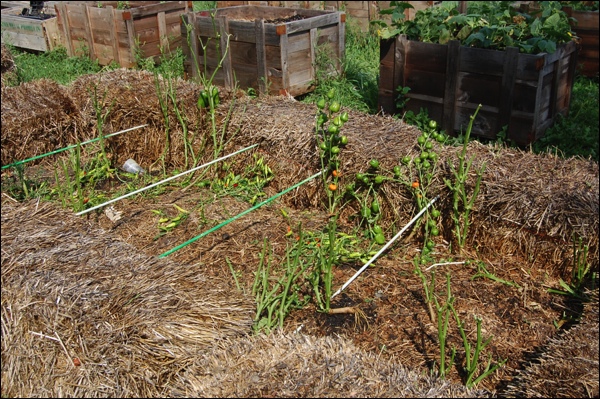 The Wndhaven turkey experiment is officially over.

We have no more turkeys here at the homestead.

Okay, it could have something to do with the naughty little buzzards getting into my garden and stripping all my squash and pepper plants naked.  They left the young peppers and squash, but they ate every single leaf.

Oddly, they left some of the beds untouched.  But others, well, there wasn’t much left. 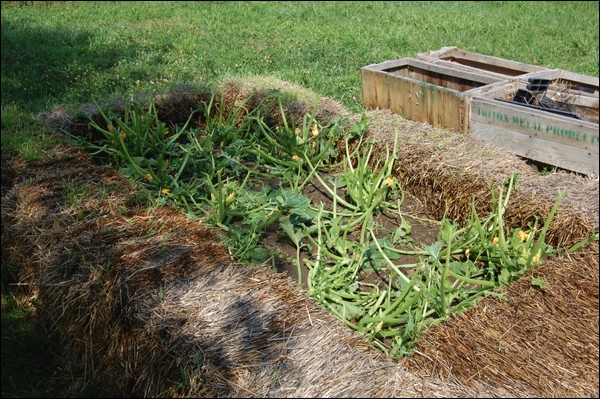 Once they were allowed to free range, I watched them for a week and they never seemed interested in the veggies, not at all.  But apparently, it was just a ploy to lull me into false security and then attack.  It worked.  I never saw the turkey attack coming. 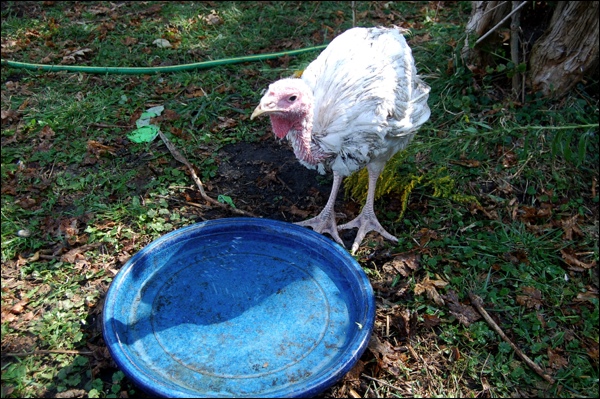 When we were offered a fair price for them, it was pretty easy to decide that we were done being turkey farmers.  We admit defeat.  Turkeys is hard!!!

First off, they are expensive to acquire.  We got three poults at $9 each, and then 12 at $5 each, only because they were misordered at our local feed store and we just happened to be in the right place at the right time.  Now these were day old poults!  Expensive!

Right off the bat, one died, and soon after another one.  They are so sensitive and prone to accidents.  Turkey poults look for ways to die, it seems.  All the books we read say that 30 to 50 percent loss is common!  Yikes!  We learned from our attempt last year that they are very fragile souls.  That being said, poults are dear little cam and quiet creatures.  I enjoyed them as babies, just so calm and slow moving, never crazy or flapping like goof balls that young chicks can be.  Turkey babies are thoughtful and serene.

After feeding them for 4 months, I believe we spent another $100 or so, on their fancy grower feed.  We ended up with nine birds.  A pair of them succumbed to the pigs.  A couple others just died.  No real reason why.

We tried to sell them for $20 a bird, thinking, hey, that is a good deal.  No takers.  Even though a good heritage turkey usually goes for about $30-$40 a bird at Thanksgiving and we’re not that far away.  We finally sold the lot for $100.  We were done.  It was a loosing proposition.  And it was getting to be a lot of work.  They were nearly adult birds now and pooping a lot and making a mess all over, and eating all the vegetation.  Rounding them up at night was nearly an hour effort.  And it was so heartbreaking to loose another bird over and over.  Not our kind of livestock.

And even though I’m sure they probably would have been FANTASTIC on the plate, it would have cost another $7 a bird to process them!  I believe we will just do what every other American does for their turkey…  wait till the day after Thanksgiving and stock up on the cheap birds at the local grocery store!  We’ve done that in the past and gotten decent turkeys for like 19 cents a pound.  We’ll buy up four or five and pop them in the freezer.  That is usually plenty for us for the year.  We’re just no huge turkey roasters.  We like turkey sliced for sandwiches, but well, I guess that we’ll just have to do that from our fantastic House of Meats butchers in Toledo…  we are crying “Uncle” on raising turkeys.  No more.  We do SO much better with chickens…  and they take such less time to grow and all.  Just easier.  And you usually end up with what you started with!  Our first batch of meat birds we didn’t loose a single one.  And our second batch, we only lost 6 and that was due to a raccoon!  If it hadn’t been for predation, we would have probably had all we started with.  And in about 2 months instead of 8!  Big difference.

Well, I believe we gave it a good try.  And we just have to chalk it up to something that we probably won’t do again.  And that is fine.  Learning what works and what doesn’t on your small homestead is just as important and finding out what does work!  We have found that chickens are our thing.  We love them, like to raise them, love the eggs, the chicks, and the meat.  It’s a good thing for us.  We will leave the turkeys to those that do and understand these gentle giants better!