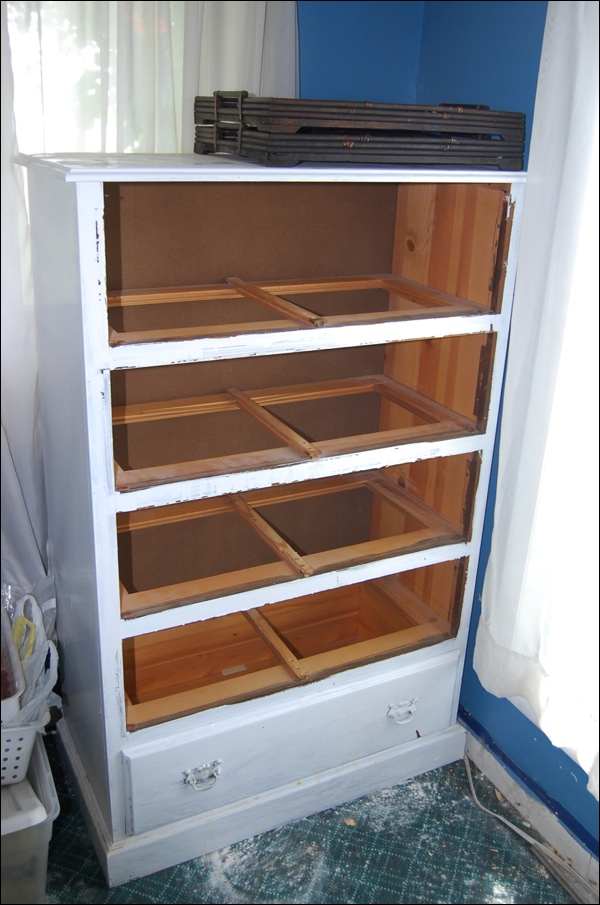 We needed a new bunny space, since we are looking at adding two new French Angora does to our fold, and Jessy really wanted Velvet bunny back in her office with her.   We had toyed with the idea of building a fancy hutch but really didn’t have a lot of spare funds and then it came to me.  Let’s repurpose something as a hutch!!!

And immediately, this old dresser that we had came to mind!

It just had some fabrics in it, that I wanted to change out anyway, to my new filing cabinet storage idea.  Plus I am on this kick to use stuff, not store stuff, so getting rid of a big clutter collection point was a super cool thing for me!

And the two top drawers did not work well, the runners were bad and it was just a freebie, so it was the perfect victim for our project!!! 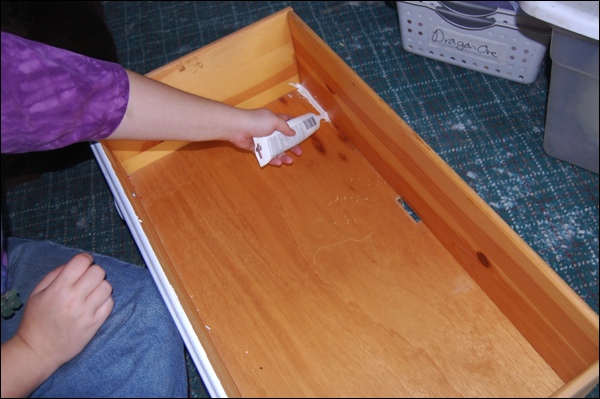 We removed the top three drawers for another project.  And then we took the forth drawer and sealed it with some weatherproofing caulk.  This drawer will become the litter drawer for the bunny hutch.  We will also put a plastic bag in there, taped to the sides, but we want to make sure there was no chance of bunny piddle or leaky water bottle would make a mess. 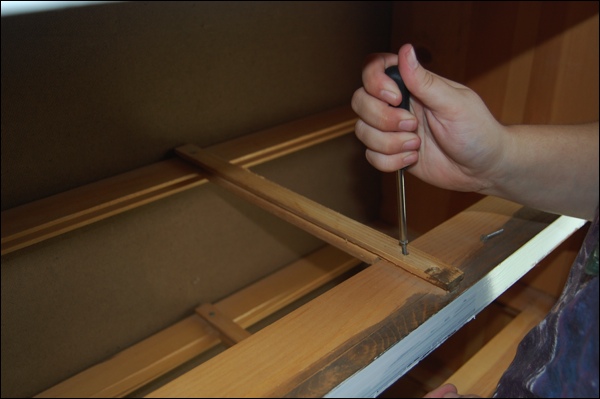 We removed the little middle runners for the space from the top three drawers.  I suppose you could have left them, but on our dresser, they were kind of nasty and rough.  Better to be gone! 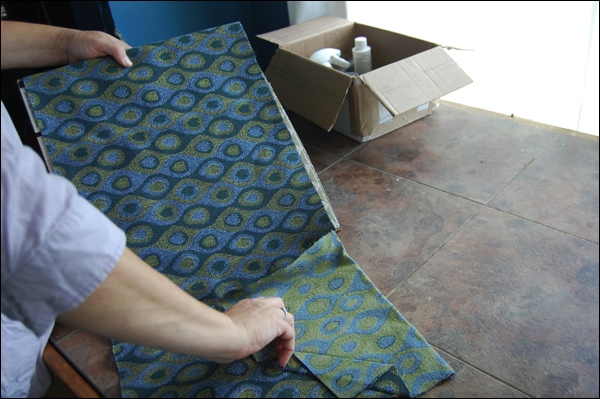 We cut two little shelf/levels for the bunny to sit on.  We had some of this neat and funky upholstery fabric I got at a garage sale for 50 cents.  We cut the two shelves out of some left over plywood from a project. 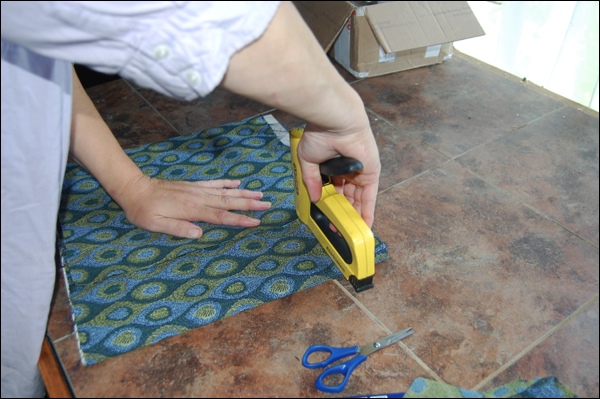 We stapled the fabric on the bottom of the resting platforms.  I suppose we could have left it just plywood, but we thought it might be nice for the bunny to have something other than wood and wire to set on.  And yes, she likes it!  If it does get soiled or yucky, it would be easy to remove and replace the fabric now and then.  I even thought carpet samples might be a nice texture for bunny! 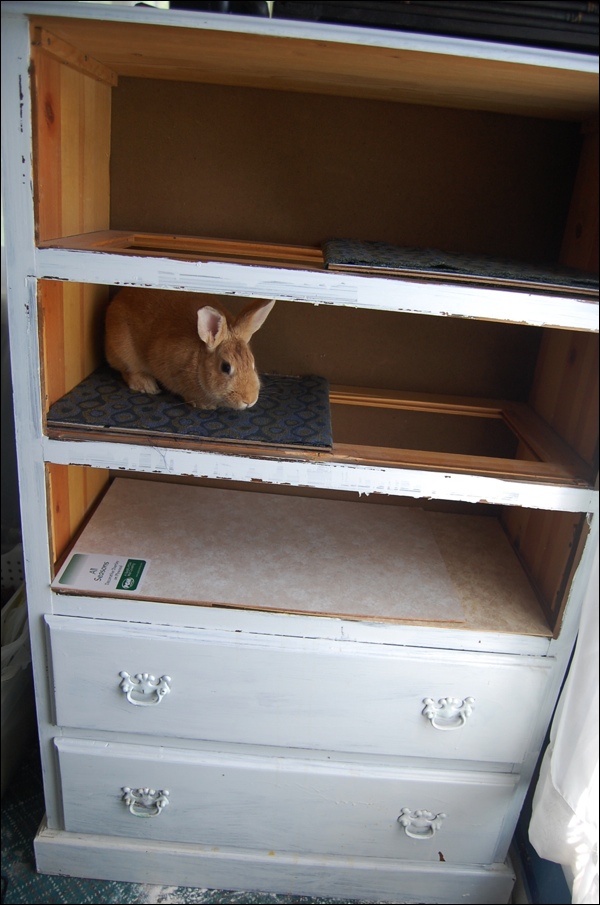 We staggered the levels so that there is no way for a clumsy bun bun to fall.  Velvet is testing it out and so far, so good!  We just set that piece of wood on the bottom so she wouldn’t fall through to the potty/litter drawer!  We used a piece of hardware cloth that we stapled on over that bottom layer.

We had a few wire panels from a cube shelf that we bought at a garage sale and ADORE using as little mini cages and outside grass grazing pens.  We always keep an eye out for these cube shelves because the panels are so perfect for many building projects.

We used a couple U shaped fence staples as hinges!  Super simple.  And we had to add a piece of trim in the middle, since the dresser was a bit too wide.  Still, it’s perfect because it gives us a place to add a little clasp or bit of wire to keep it all closed up.  We also added one of the panels at the top to act as a hay rack for Velvet’s lunch!

She loves it!!!  And all in all, we only spent about five bucks total on it.  For the fabric, scrap of wood and a few panels from a garage sale.  Dresser was free, so, it was so neat!  Velvet likes hopping from level to level.  It took her a few hours to get comfy with it all.  And in no time she was hopping up and down.  She’s been really good about using a corner of the bottom level as a potty.  And we lined the potty drawer with a bit of absorbent kitty litter and then some pine shavings.  Super easy to just pull the drawer, empty it out, refill and replace.  She can’t get to the litter and make a mess.  And she doesn’t have to sit on wire all the time.

I think an old entertainment center would make a great hutch as well!  Thinking outside the box is fun!   Jessy plans on touching up the white paint, and then is thinking about decopaging the fronts of the bottom two doors and replacing the hardware to something a little more modern.  The bottom drawer she is keeping her supplies and hay bag, stuff like that.  Pretty neat!!! 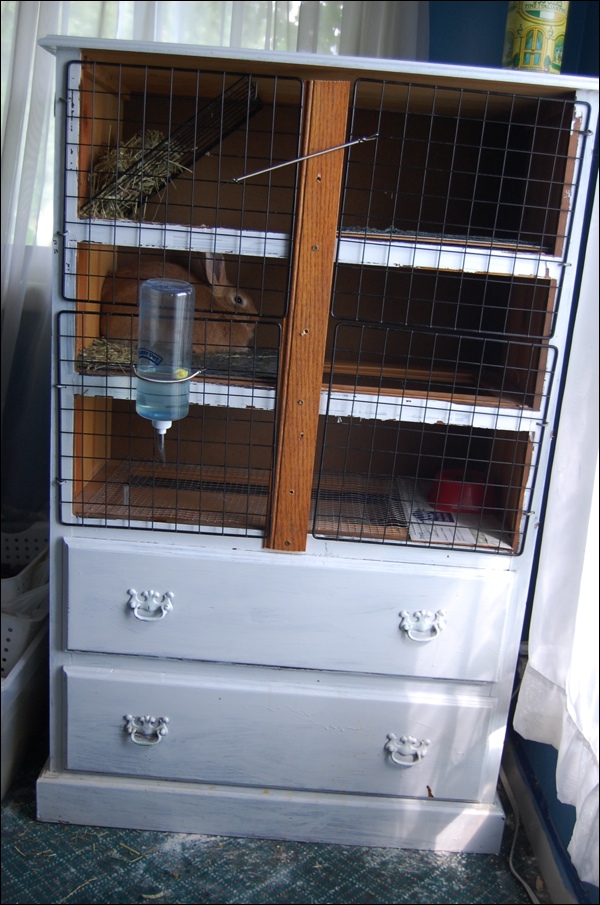 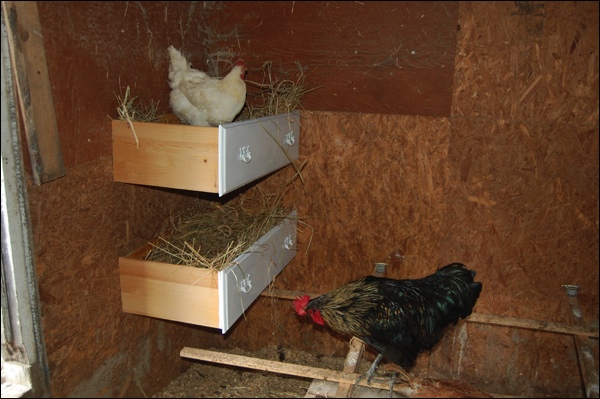 And those extra three drawers???

Well, they went out to the little coop to make three awesome nest boxes!!!  The ladies love them.  Just drilled and screwed them into the walls in the corner to be able to get good support on two sides.  Pierre is impressed with the new coop additions and has been known to sit and chill in the boxes as well.  Nice and high!  But even the little pullets can reach the lower one! 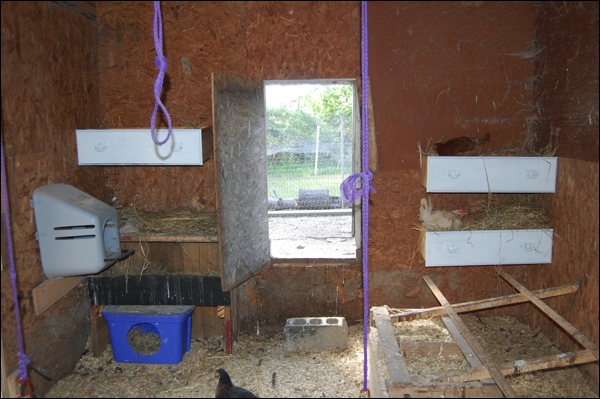 Just love repurposing items that might have gone to the curb instead!!!  We got two super cool projects out of one old dresser! Pretty neat, if I don’t say so myself!

I can’t wait for a nice afternoon to paint the inside of this little coop!  I think a nice cheery yellow would do.  (Okay, yeah, we just happen to have two gallons of a nice cheery yellow paint just wanting to be used…)  I want to make our little hen houses nice and pretty.  Why not?  It makes it more of a delight to go out on chilly winter mornings when you know it’s going to be cute inside! 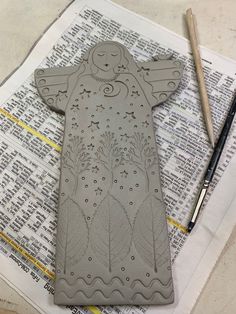 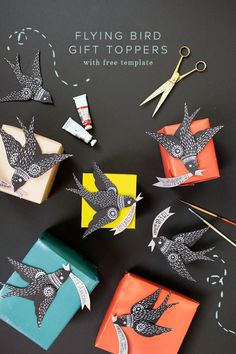 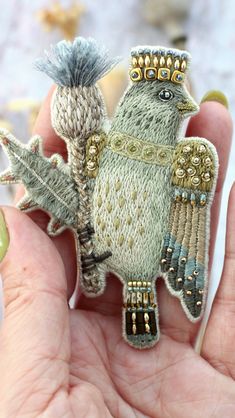 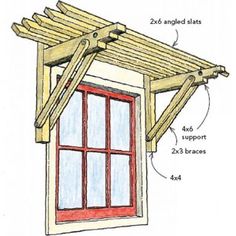 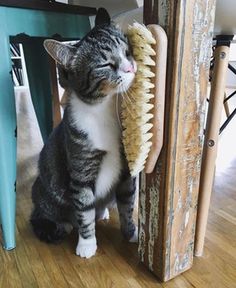