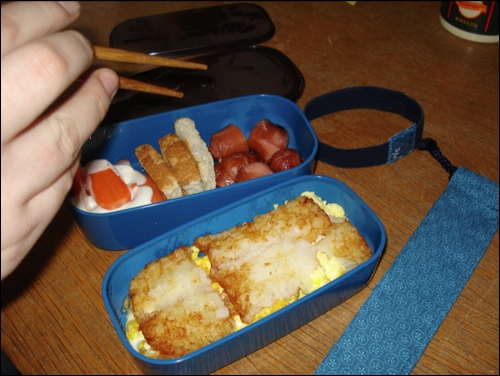 Well, you would have thought that the fancy professional studio lights and photo backdrops that Santa brought to Jessy would be exciting… or maybe the brand new GameBoy DL cobalt game thingy that Maggie so wanted would be the hit of the Christmas morning! Haha… no, that’s not my girls. They were most excited about these little plastic Japanese lunchboxes that I got them on Ebay. Yep. The $10 lunchboxes. 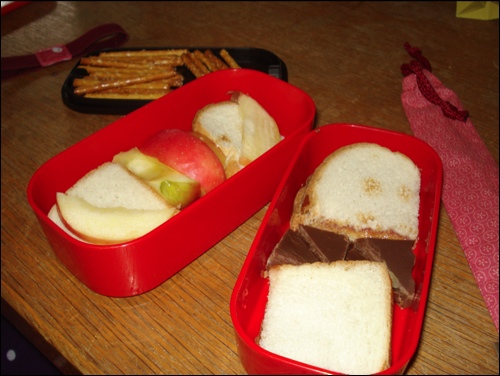 They love all these Japanese animated videos and games and are big into all these Japanese. And they have seen the characters all carrying these little food boxes and have wondered about them. I knew this and of course, informed Santa. He and I are on good terms. I helped him and found them on eBay, and that was sweet. Now I wish I’d have gotten me one too! I’ll have to find a good one. They are pretty neat. 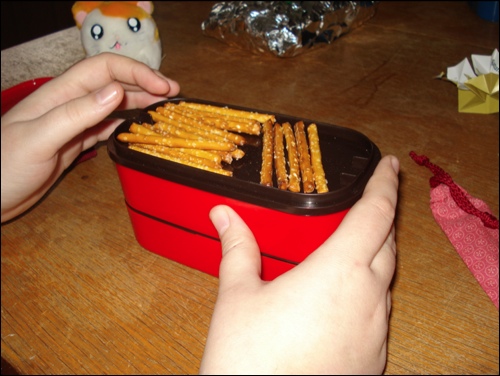 If you google Bento, be prepared to spend about 13 days looking at all the crazy things that Japanese mom’s do for their kids! OH MY…. Apparently, in Japan, you are a bad mom if you don’t do like 21 hours of prep and artwork to make your school children’s Bento box like a work of art! Every day! They have videos and websites and books and a ton of little bits and pieces for these Bentos and it’s just the craziest thing! I mean, I like a fancy radish flower as much as the next gal, but some of these are way overboard!

Funny thing? My kids think this is the coolest thing and after everything was done with the whole gift thing, they hit the kitchen in search of food to make for their boxes!!! 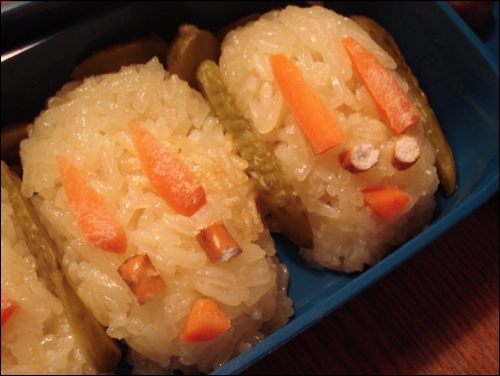 When we learned that we didn’t have much stuff, we bundled off to the car and drove around the corner to the Oriental supermarket! And we got a few little fun things, mostly a big bag of sticky rice. Apparently, this is much better for making like sushi and other little rice balls and rolls and things.

Santa brought me a new fancy schamcy sharp little chopping knife. Maggie thinks that is sending mixed signals.. hahah… she’s funny. But hey, I really wanted one and well, he knew that. It’s just a little one, 5 inch blade, but gee golly heck is that thing super duper sharp! (I highly recommend that you consider purchasing really good knives. Just a few, but really get the best you can. I have another Heinkels blade, a little 6 inch utility knife and I use that baby for everything. Now I have a little veggie slicer. Come to think of it, it’s a Japanese blade… called a Santoku hollow edge blade. It’s super keen.) 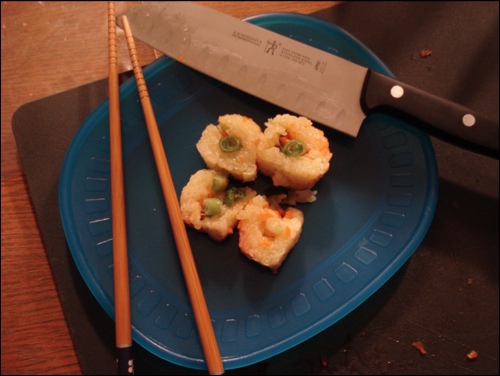 Here is my attempt at little sushi rolls with green onion, chicken and sticky rice rolled up. I think I need some of that seaweed sheet stuff. I think it’s called nori. I’m not sure that nori is allowed in the mobile home park. HAHAHA…. we already are considered pretty odd. My one neighbor needed a lift to the store and when we were driving she was totally curious as to why we have nearly daily deliveries from FedEx or UPS or the Post Office. Apparently the hood is perplexed by the wierd gardening woman and all her delivery men! I had to then explain that I love eBay… and that we order a lot from suppliers for our rocks and minerals and then I get stuff from clients by FedEx sometimes, and well, I dunno.. Work at home, and they come to you!

There’s my new little knife too. Shesh, I’m gonna loose a finger if I’m not careful with that thing. I’ve already asked that the girls don’t use it until we have a course in knife safety! I think I need to review a few rules with that little dagger of thin slicing! 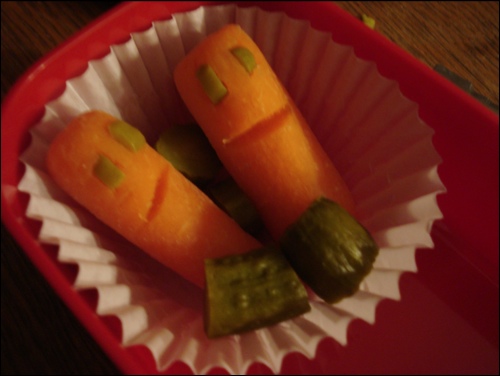 We made all sorts of little things for them to take to their Dad’s. Apparently, they are not as fond of his new frau’s cooking, not bad, just different. So they are excited to be able to bring a snack Bento for those times that they might like a little home cooking when they are away. Really I think that they just want to play with their food. 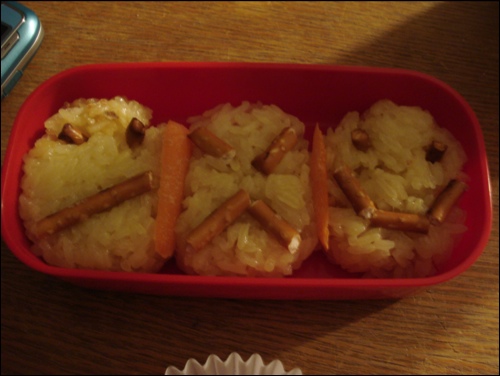 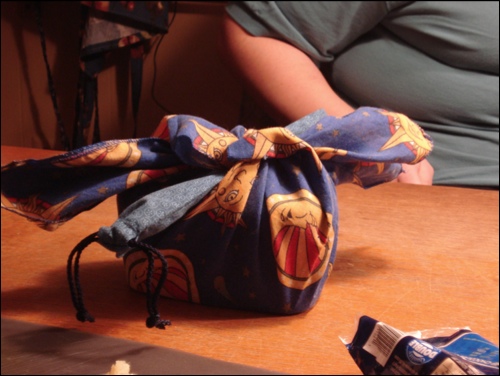 Bento is really fun. I’m going to have to order me one as well. HAHA…. I feel like I’m left out of the fun!

Hope you all had a wonderful and fun Christmas!!!!