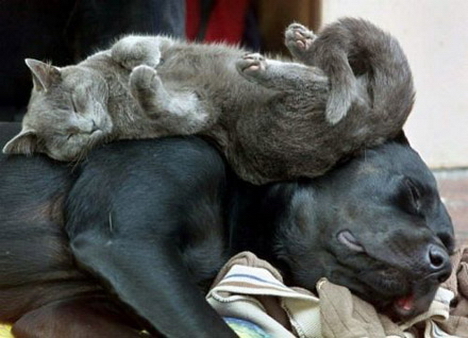 I’m going to try and make a conscious effort to become a “daylighter”.

“A daylighter is a person whose lifestyle is in sync with the sun and the season. A daylighter wakes up with the sun and goes to sleep shortly after it sets. What the old-timers knew as common sense, today becomes news as an uncommon practice in the current sustainability movement.”

I read about it in the latest issue of BackHomeMagazine.com.

Written by Jill Swenson… and you know, it finally made sense to me.

For the last oh 15 years or so I’ve been a night person. I can and do stay up super late, sometimes 2 or 3 in the morning on a regular basis. And then I sleep in easily till 10 or noon sometimes. I would justify this as “working night shift” and I thought my body was comfortable with it after so many years.

But in retroflection… I’m not sure that it is. I’ve noticed that I am often whipped tired in the afternoon, and this is after getting up only a few hours before. I’m out of sync with light and it’s probably not good on my girls, whom are the same way and our light bill, since we’re artificially lighting the place for hours and hours into the dark and then sleeping away the morning light.

Okay. Makes sense to me. And I’ve tried in the past to change it and never had any success. But something about this article really hit home. Talking about all the studies into health and such, and needing sleep. Although they talk about people in general through the history of man sleeping with the season and all and well, they all didn’t hardly make it to 40 half the time, so I’m not going to reason out that past generations were all that much healthier… just because of sleep…. because they weren’t. Of course, lack of medicine, health care, hard living, dangerous machinery and that sort of thing really took a toll on them all. But I digress…

The fact is pretty clear that we humans do need a nice dose of sleepy time to get us through the day. And it seems that consistency and routine are really the big big players in the game. And that makes perfect good sense. The body does crave a certain consistency and when we are up and down and in and out of our sleep routine, that has to wreck havoc with the natural systems.

And there is that pesky lighting issue. I’ve tried to get a couple hand crank lights and use them in the evenings. We tried for a good month or so to “go Amish” in the evening… at 9 PM all the big electricity things went off… TV, computers, all the lights in the house. And then if we wanted to stay up, we had to use either candles, or our hand crank lights to read or listen to music off a battery Ipod or just hang out.

Problem was, the hand crank lights were just not powerful enough to read by. We have one in our bathroom and use it as a night light and it’s perfect for that. Walking out to the shed? Perfect. Reading? Not so good. I even got us a couple of those little led battery reading lights, but they were cumbersome and well, we just stopped doing that whole “Amish” nights thing. We tried.

Well, this article on daylighting makes perfect sense. Instead of trying to light the night, it’s time to just go to bed. And then get up at a reasonable time. I’m sitting here right now, it’s 7:30 and it’s finally starting to get light out. I woke about 6:30 and it was still pretty dark. But I couldn’t sleep anymore. I actually went to bed about 11… that is early for me. I tried to get in bed by 10! But things got in my way. I’m just not used to that. Funny thing… my girls, whom knew nothing about what I was doing, took their cues from me and were in bed within an hour of me hitting the sack. Funny. They normally would have been up at least another hour or two as well.

It was hard to fall asleep. It was. I laid there at least until I heard the girls settle down and go to their beds. And I tried hard not to think about the coming day’s chores and plans and such. Tried to just think about sleep and all that. And I must have drifted off after midnight at some point.

And my body woke me at 6:30. I didn’t set an alarm, haven’t done that much in the last 15 years, just a time or two. I just woke up and I feel fine. Actually a little perplexed as to what to do at the moment… I suppose get into my day and all. Even though my day usually doesn’t start till noon!

I am pretty sure that all my midnight hours are not really very productive in general. I would like to think they are, but in reality, probably not. Sure I might finish a project now and then, or seem to get in a good bit of work, but usually it’s just a sort of slightly productive putzing. Those extra couple hours, I’m not sure they are worth it. It’s probably more an equivilent of me starting a work day at noon and that time is my “chill down” time… the hours after a hard day of effort. If I would start my day earilier, during the light time, then my “chill time” would be after dinner and at a good and normal time.

I used to HAVE to work hard in the evening because after homeschooling all day and having little children around, that was the only quiet time I had to really work on building my company and products and such. But now, that’s not a reality at all. My kids are pretty much grown and independant enough that I don’t have to worry about “taking care” of them all day long, they are pretty well versed in doing that for themselves now. So I can work during the day and still help Maggie here and there with her homeschooling.

Well. I’ll let you know how it goes. So far, so good. I’m thinking that the extra 3 or 4 hours I’ll gain in the morning will probably be much more productive and rewarding than the couple I tried to gleen off the tail end of the day. I know that now and then, I’ll be up later, and that’s fine. After all, I am a functioning musician and those gig nights are rarely done by 9:30, but then too, I usually only have a couple of those a month. I’ll just try to get to bed as soon as I get home, and see if I can keep to this schedule for a good month and see how it feels.