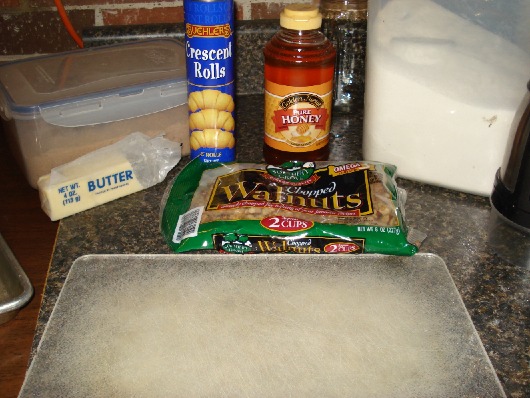 I had a hankering for some baklava late one night and it was super cold out and we were working hard on orders, so I decided I would invent my own fake Mobile Home Woman Baklava!

For those of you wondering what the heck Baklava is… well, it’s this Middle Eastern delight that is made with lots of thin pastry sheets covered in walnuts and honey and butter and sugar and spices. Pretty durn tasty stuff, I will admit. So I turned to every decent red-blooded housewife’s favorite substitute for pastry sheets… good old crescent roll dough!!!

Yep… just rolled that stuff out and made two double triangles of dough on my cookie sheet. Pinched the two together nice. 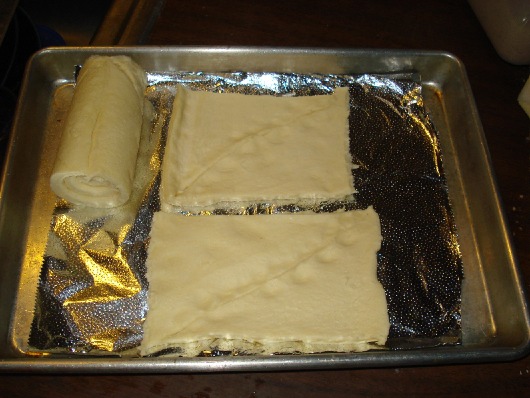 Then I chopped up some walnuts that I had. I like them to be finer, and less chunky and crunchy. I suppose you can make them however you’d like, but the original is a sort of fine ground nut, so I just chopped the heck out of them with my palm chopper. This is a before and after shot. 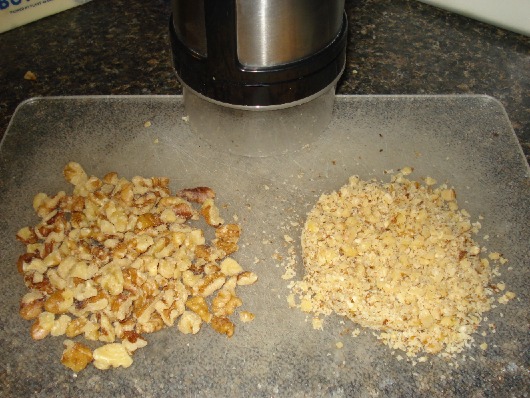 I only needed about 1/4 a cup of them and that was almost too much. It was very nutty!

On top of my dough I sprinkled the walnuts… and then added a good layer of brown sugar and then white sugar, a little cinnamon and a dash of allspice, then a thick drizzle of honey all over it and then thin slices of butter. It looks a little decedent, but well, this is a fancy desert here we’re making. For gosh sakes, folks, live a little! Butter isn’t going to hurt you!

Okay maybe like eating a whole stick a day or something… but I only used about 3 or 4 tablespoons total… less than 1/2 a stick for the whole thing. That’s not bad. 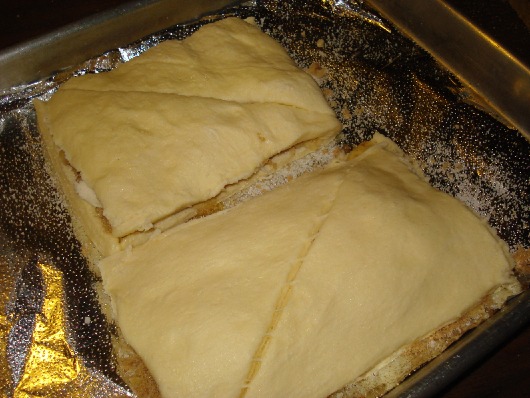 I popped on the top two pieces, and pinched them shut a little bit to keep all the good stuff inside. Got them in the oven for about 25 minutes or so at 350 degrees. Just watch them… I tried to time it perfect, but I was busy with rock orders. But you can smell when it’s done, it was very dreamy… the honey and sugars and nuts really made a nice aroma. 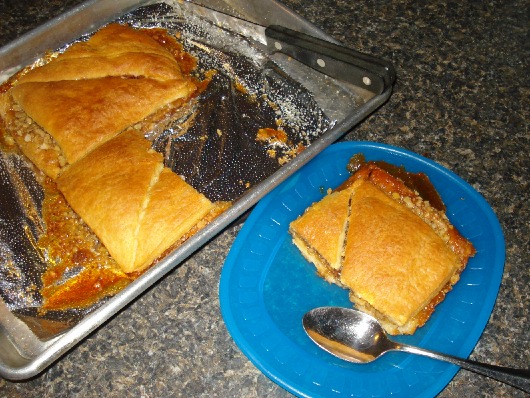 It wasn’t quite the same but the flavors were all there and it was warm and crunchy yet pastry like and hot and honey drizzled. It did the trick and didn’t cost me $3.95 for a dinky square of the stuff! Even the girls decided they liked it too! Now they’re going to want to try the real stuff to compare!