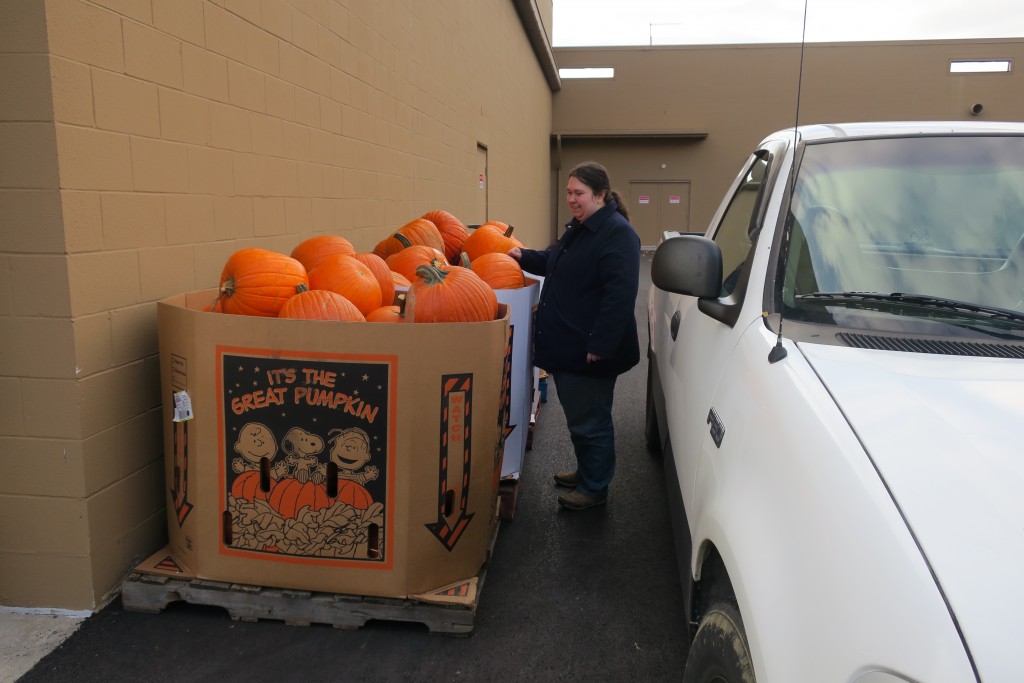 It was Halloween eve and all through the Walmart, not a creature was buying the massive pumpkins they still had out front…  so I asked the manager…  what happens to all your pumpkins when you are done?  He said a few of them go to a local food bank but honestly, the rest get THROWN OUT!!!  Oh dear!   I asked, would it be okay if we took them when you’re done and gave them to our lovely little farm critters?  He said, SURE!  I’ll call you.

Well, it was only a few hours later and he said, we’re done…  come get them!

I thought it was just going to be a few, since that was all that was up front of the store on some display shelves!  I didn’t expect 4 HUGE cardboard pallet things FULL of giant pumpkins. 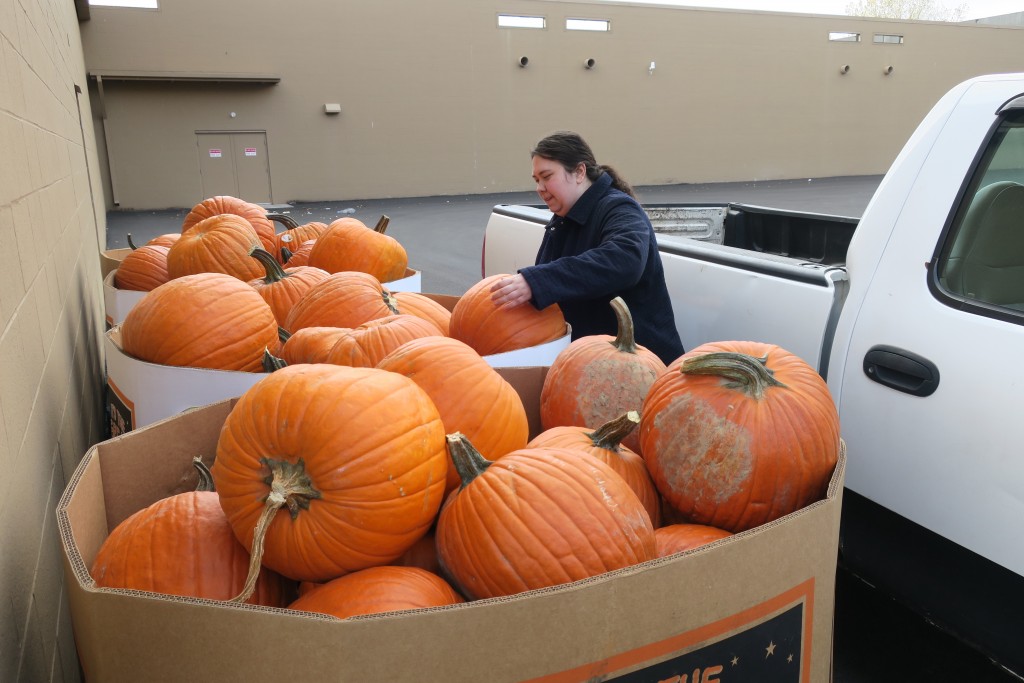 We ended up making two truck load trips with these giant pumpkins!  Super fresh, too, not a single one was old or mushy.  Our gang LOVE pumpkins.  From the hogs to the chickens, sheep and goats.  Only one that refuse them are the ponies.  (But we know equines are the divas of the livestock world, anyway.)

With the weather finally turning chilly, these babies will keep and keep!  A frozen pumpkin is just as good to nibble as a warm one.  And pumpkin seeds are a lovely natural wormer!  Yah!  Free food and preventative as well.  We sure got a workout!  Those babies are HUGE.  And considering they were asking $10 a pumpkin, we got over a $1,000 worth of these things!  Even if you got a load from the Amish by the truck load, it’s usually $25-$50 a load.  So worth it.  And the critters just love a pumpkin or two a day!  We will have a lot of these for at least a month or two!  Yah! 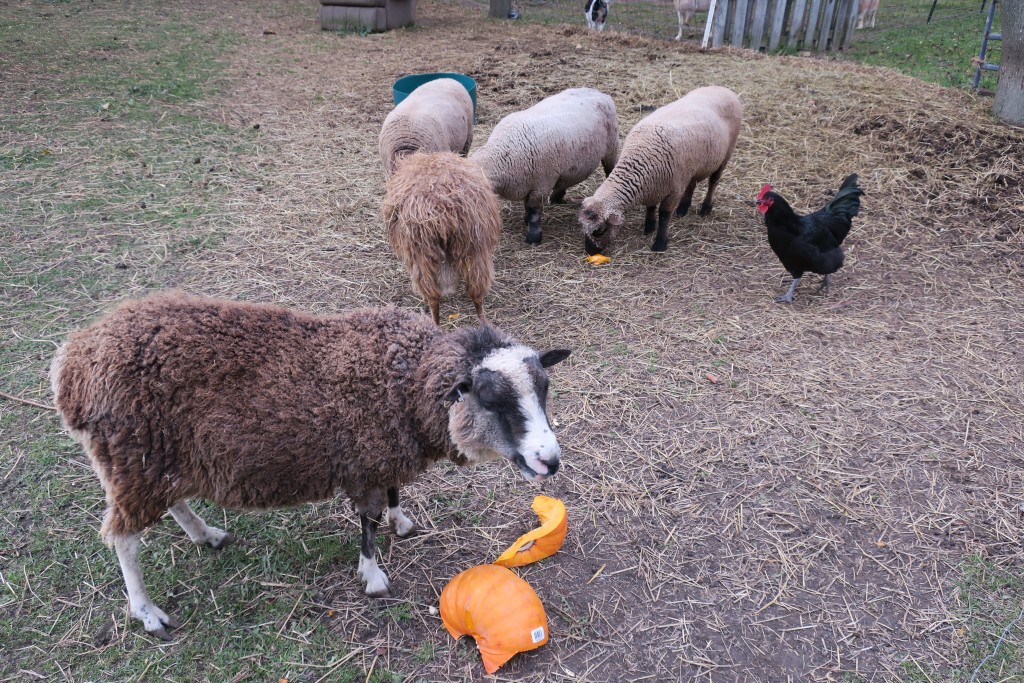 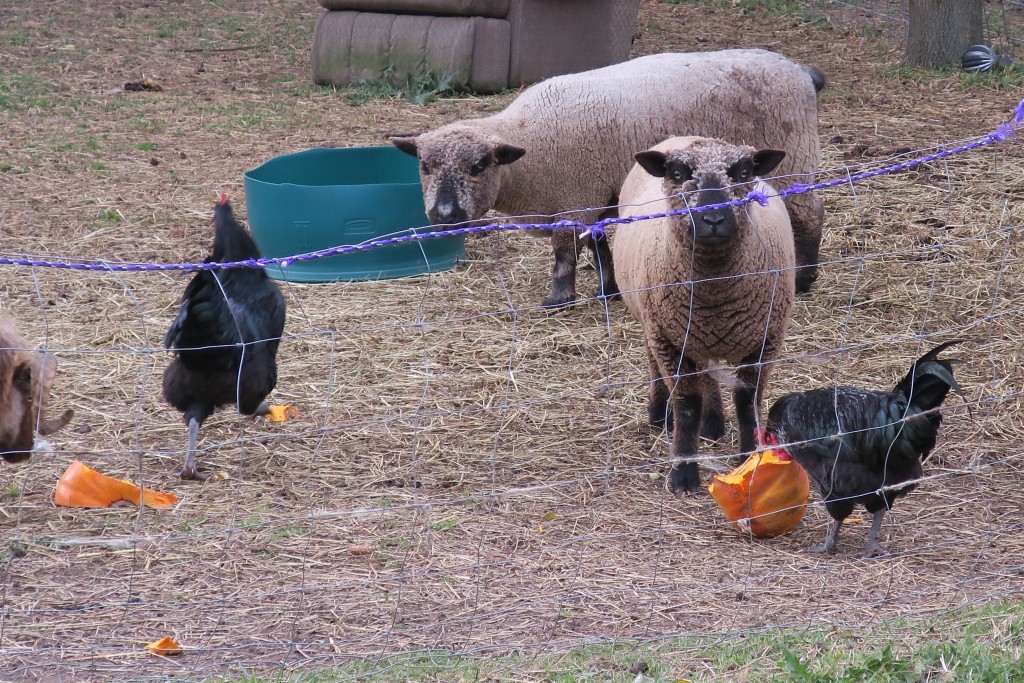 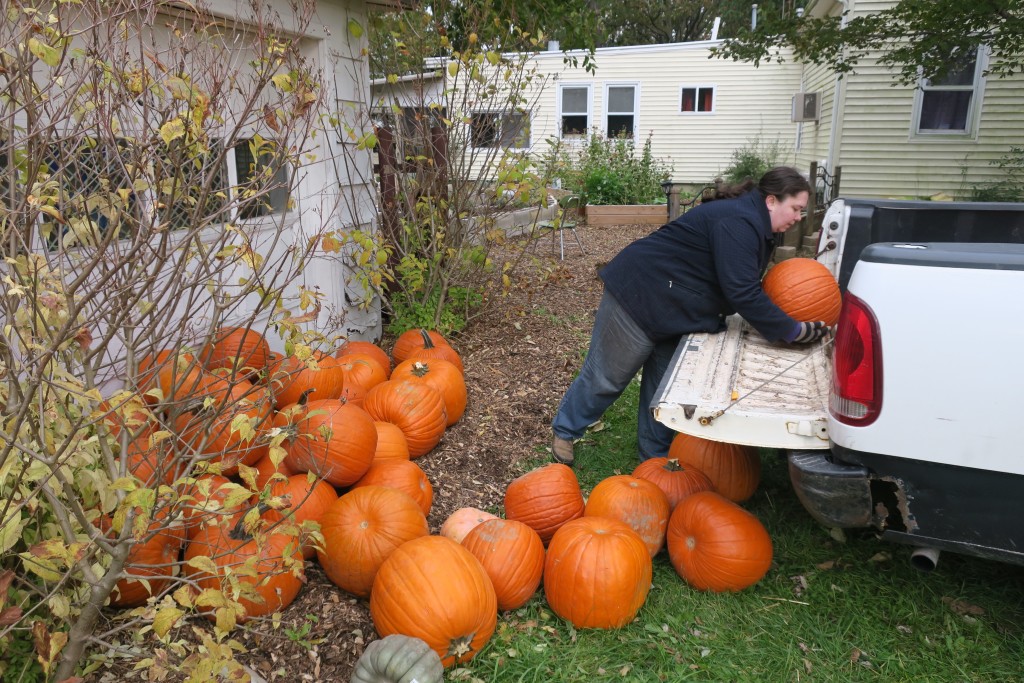 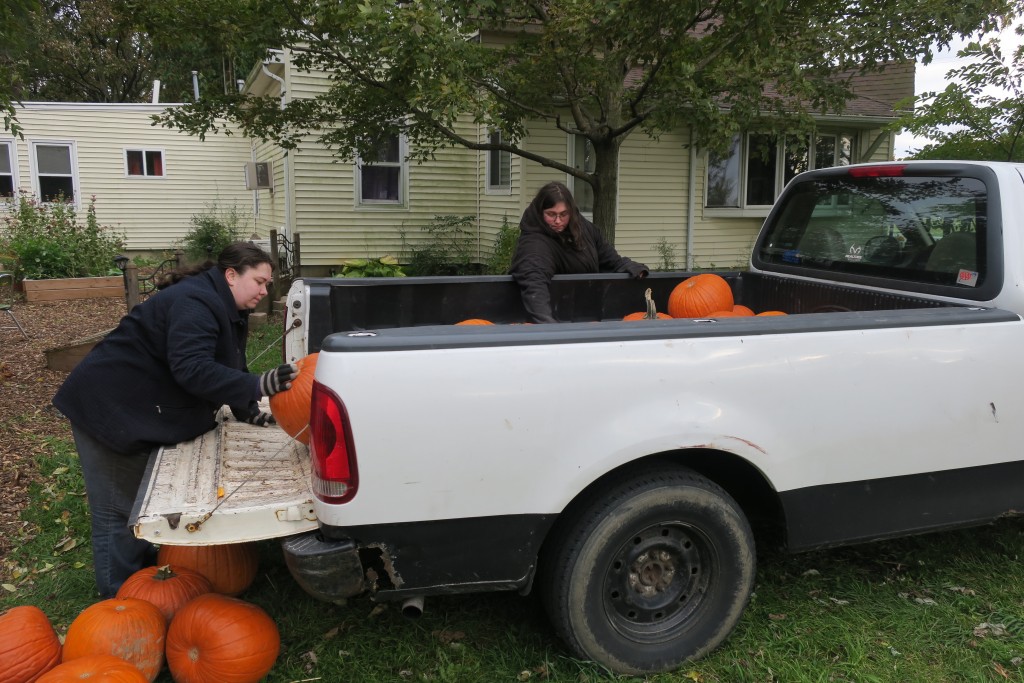 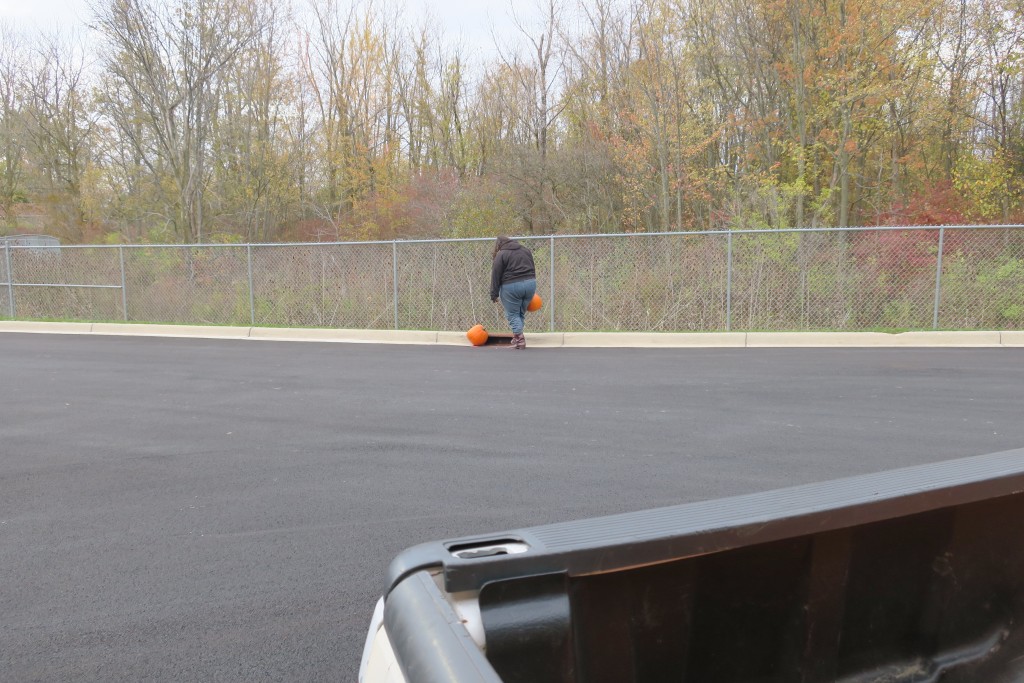 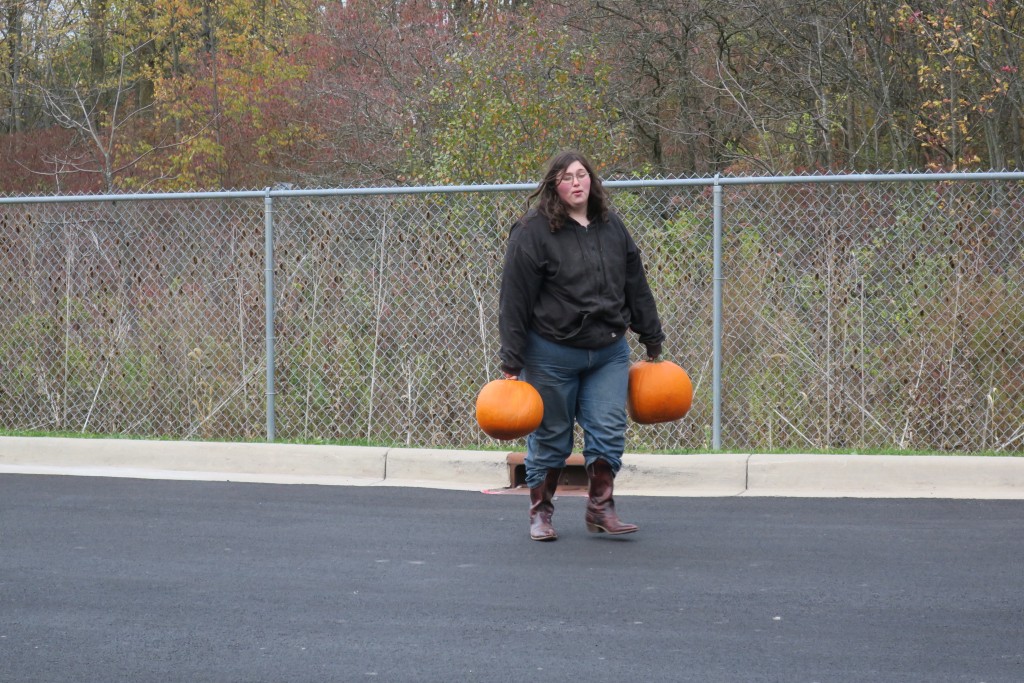 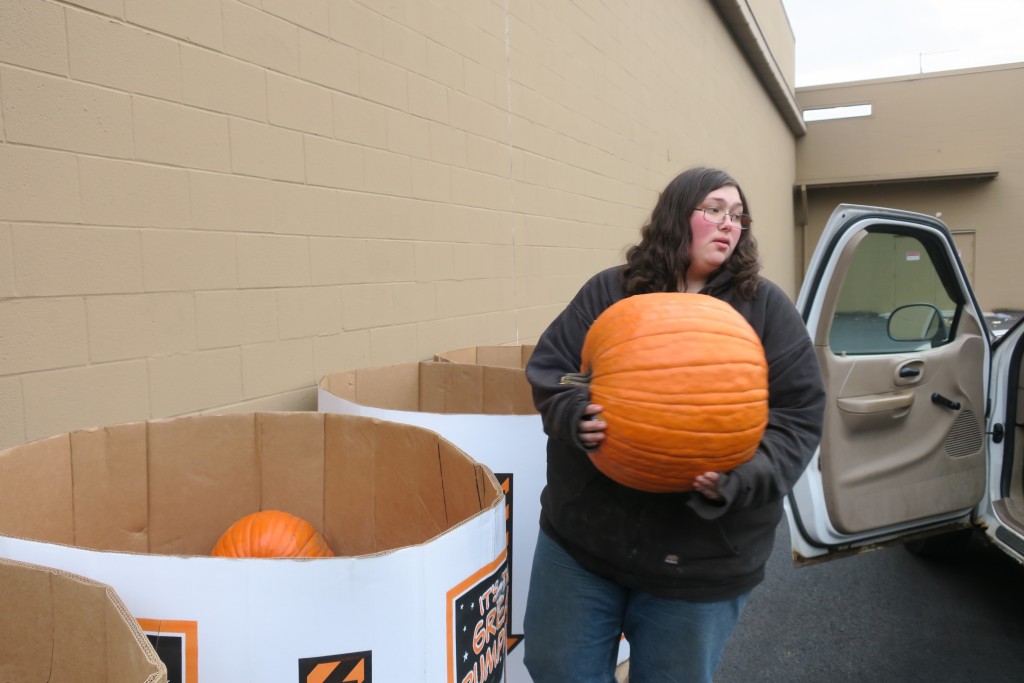 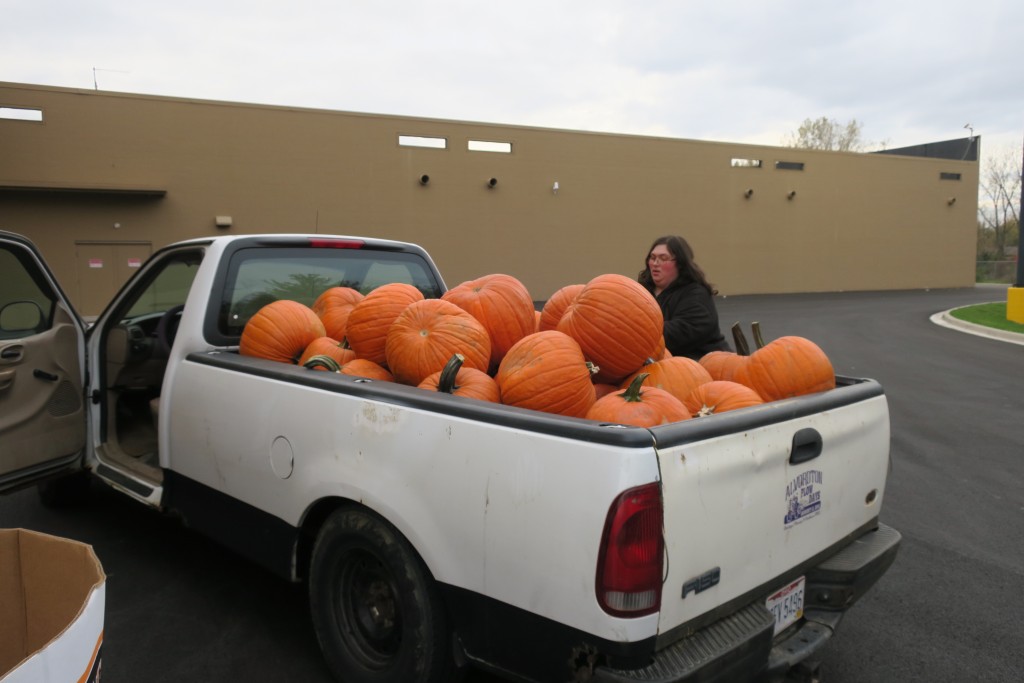 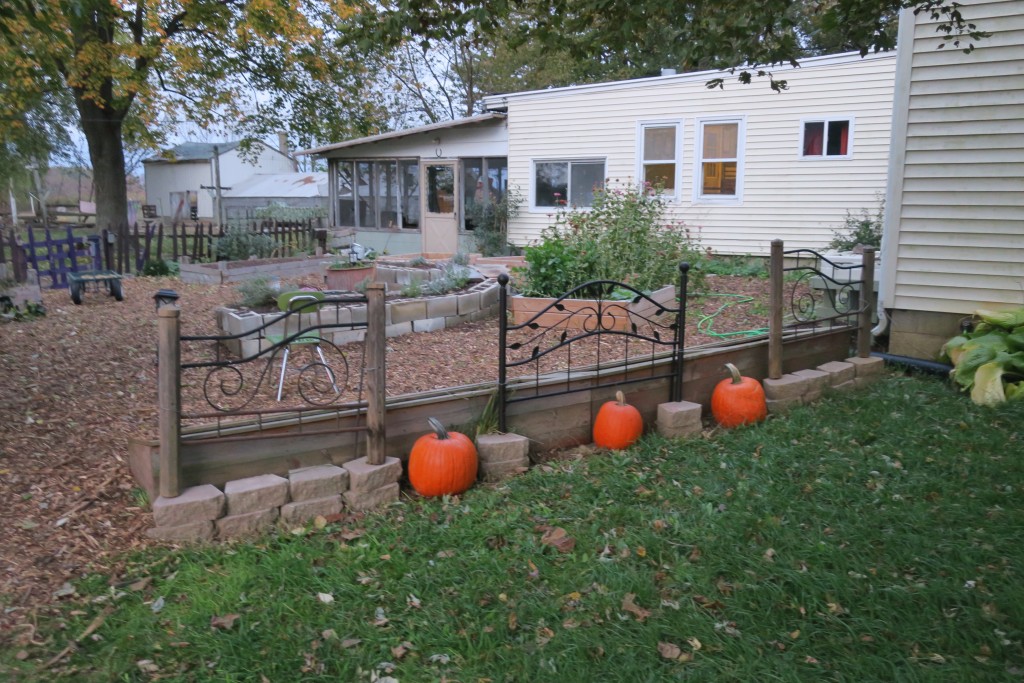 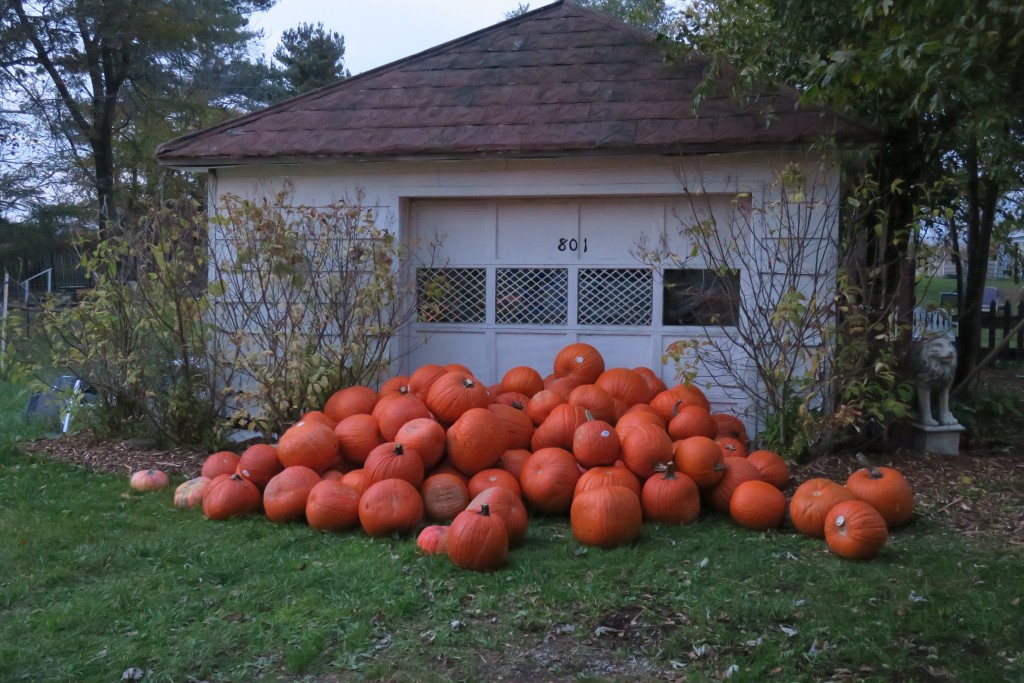 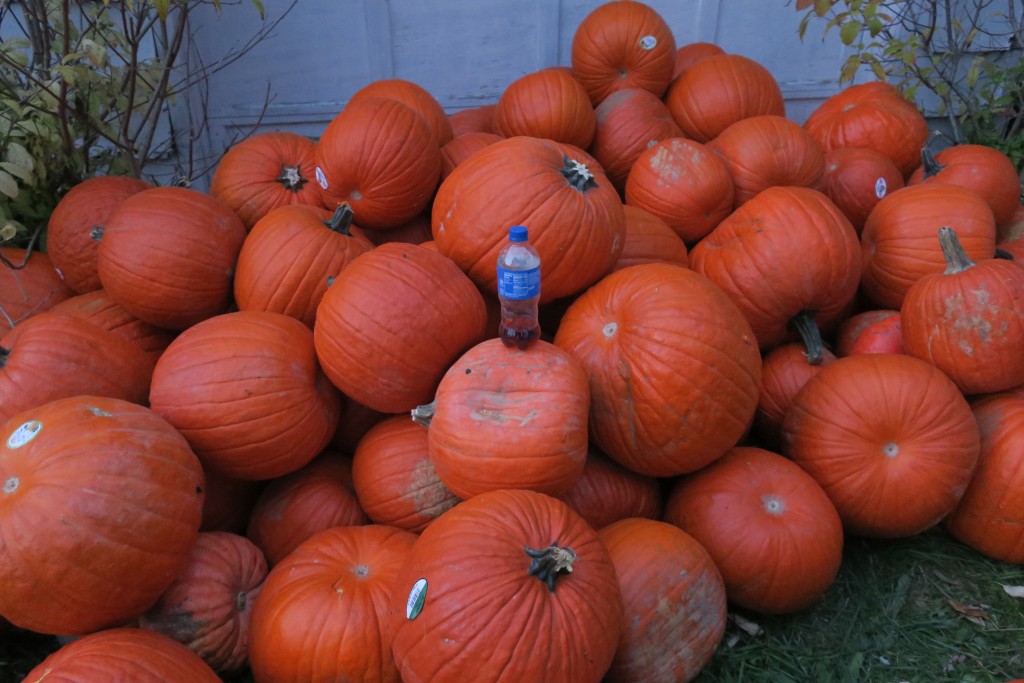 BIG pumpkins!!!!  We have been sharing them with our farm friends but we still have a huge pile!  We want to go and get a few bags or a load of apples, too…  Don’t want the ponies to feel left out and everyone enjoys apples, too!  YUM! 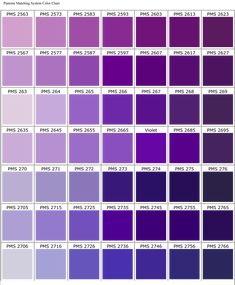 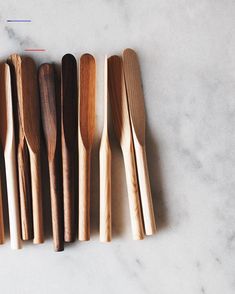 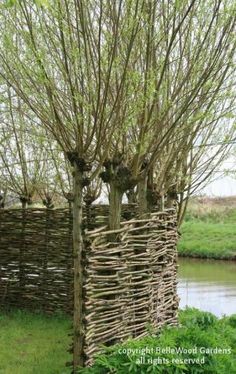 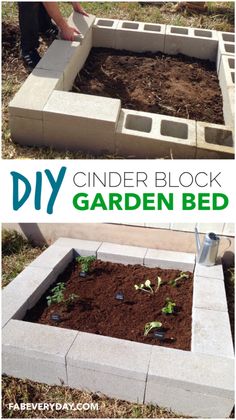