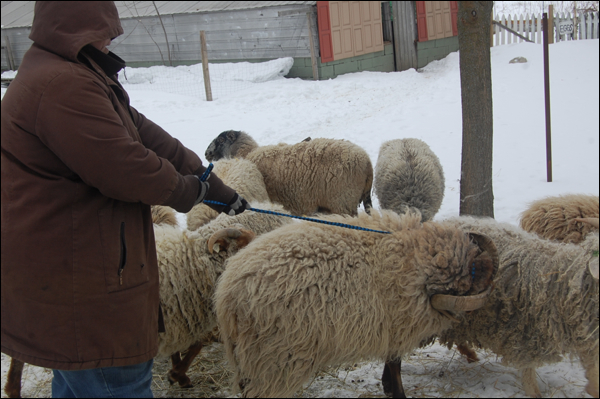 Our best laid plans with our sheep this winter have been slightly revised by one very protective ram.   Apparently, Harley was not happy with our decision to remove his ladies from the back pasture and retiring him from service for the year.   I thought was happy with the decision…  the first day he seemed totally uninterested in their departure and was content to have Cody and Shadow as his only pasture companions.   No more sniffing and kanoodling and a lot more hay and feed!

On the second day, however, he had changed his tune.   And he leapt over a fence to regain them all.   Yes, like a gazelle.   Now, to be fair, he used a low spot in the fence and a high, hard snow bank for a good running start.   And I do believe he must have really impressed the ladies as they were all huddled up together and sharing a little hay with big googly eyes and nuzzling their stud muffin.

We put him back, and then within a few hours, Jess saw him clear the fence again!    So we put him back and shoveled the spot.  And of course, he just wandered about and found another opportunity and rejoined the flock.  We were afraid of him getting caught in the fence and breaking a leg, so we let him stay.  Not idea, but at the moment, until we get a little break in this cold weather, it’s just going to have to be. 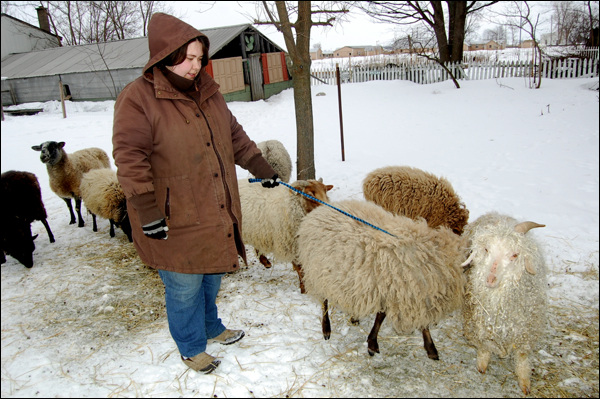 Problem is, NOW the little bugger figured out how to jump the paddock fence using the snow and proceeded to show the ladies how to do it as well.   And then someone didn’t clear it gracefully and knocked down a fence railing and that was a pain in the tush.   So, here is a few shots of Maggie and Jess wrangling the ram with a halter.   Maggie had to move some hay out back and Harley was being a little too naughty and was challenging her!  Trying to head butt.  That is unacceptable around here.   That means the halter of shame has to be brought out.  Sheep hate the halter of shame. 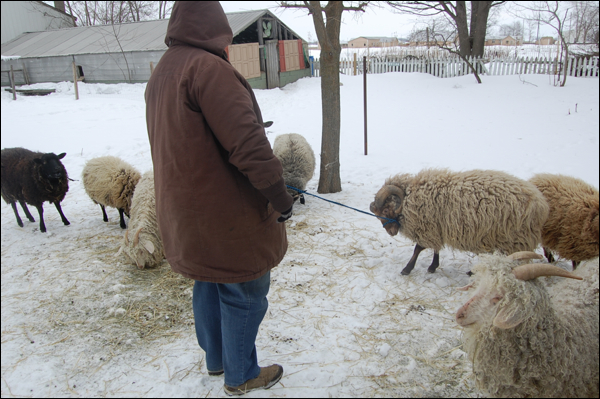 It’s rather like when you put a cat on a leash.  Most of them feel this is very unacceptable and will try to back out of it for hours…  usually resulting in a frustrated feline that flops over and gives up on life. Well, rams do the same thing.   They are so insulted by the fact that you would put a halter on them, like a pony!!!!   And they back up and figit and try to get loose and just can’t seem to get the hang of it.  And they stop thinking about ramming and pretty much ignore you while they are annoyed by this thing on their head.  Jess held him for about 10 minutes so that Maggie could get the hay in and then fix the fence railing. 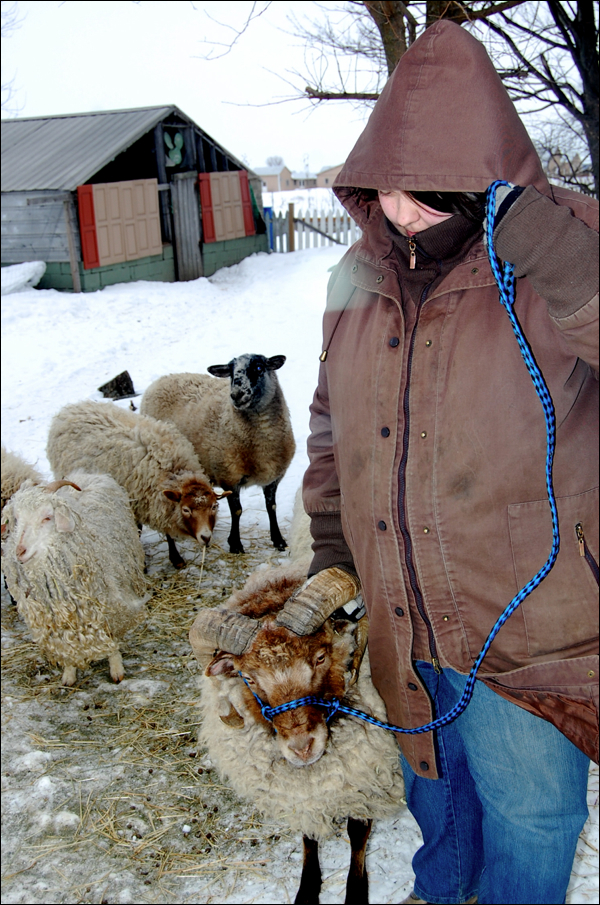 I’m pretty sure he’s not thinking happy thoughts at the moment.   But he’s being a good boy and has resigned himself to the fact that the ladies are all laughing at him.  At least, he thinks so. 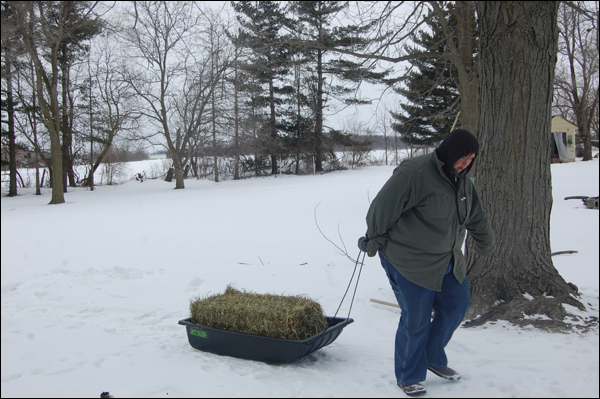 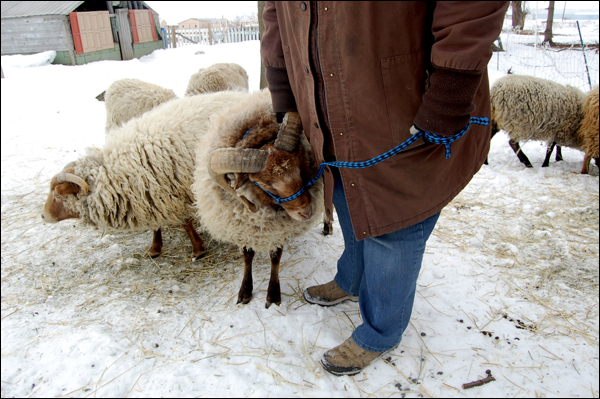 Leading Harley and Angus back to the paddock.   Angus, our whether, was really interested in the fact that Harley was in the halter.  I’m pretty sure he was goating him along.

Buttercup just thinks its all pretty foolish.  After all, she comes and goes as she pleases because she is the true leaping gazelle of Windhaven Farm. 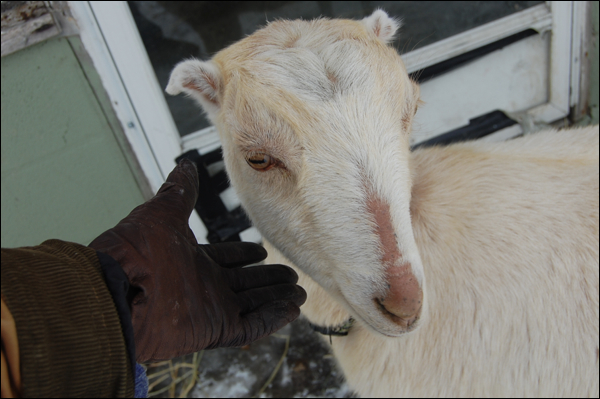