Now, a person might say…  blogging about a new toliet at your homestead?  Kinda TMI…

But to be very honest, we wouldn’t have been able to do with without a whole bunch of other people that did!   And even shot videos and discussed their failings and mistakes online!

When our old, old, old potty began to give us troubles, we did like everyone else does.  We tried to fix them.   It started to have flushing troubles and was running on.  We adjusted the ball cock, it would help for a bit.  Then the chain bust and we fixed that, and then other issues began to surface.  Finally, we tried even replacing the innards and bought a kit at the hardware store, but everything was so rusted and corroded from our hard well water, that we couldn’t change it out and then accidentally broke part and had to manually turn on and off the water supply with every flush.  Oh, and then it started to leak from the base!!!

We knew it was in rough shape when we moved in almost four years ago!  And it was just finally time.   We had a little room in the budget from all our holiday rock kit sales and it was just time.

We were so surprised at the range of features and costs but in the end found a very nice, basic, yet nicely featured commode for a mere $80.  And it was a complete kit, which was very nice, even included the wax ring and such.  That is good for us.  We like complete kits.

We did hit a little snag when we tried to install it, however.   Our old toilet was very old and low, and our new one was taller.  More comfortable.  And it did not have a flexible hose for the water intake, rather a hard rigid PVC pipe and it was too short.  Thank goodness we realized this BEFORE we took the old one out!   We do have an outhouse for emergencies, but it’s darn cold out there!!  Since we attempted this on a Sunday afternoon, we didn’t have anything open to go and get an extension piece, so it had to wait a day. 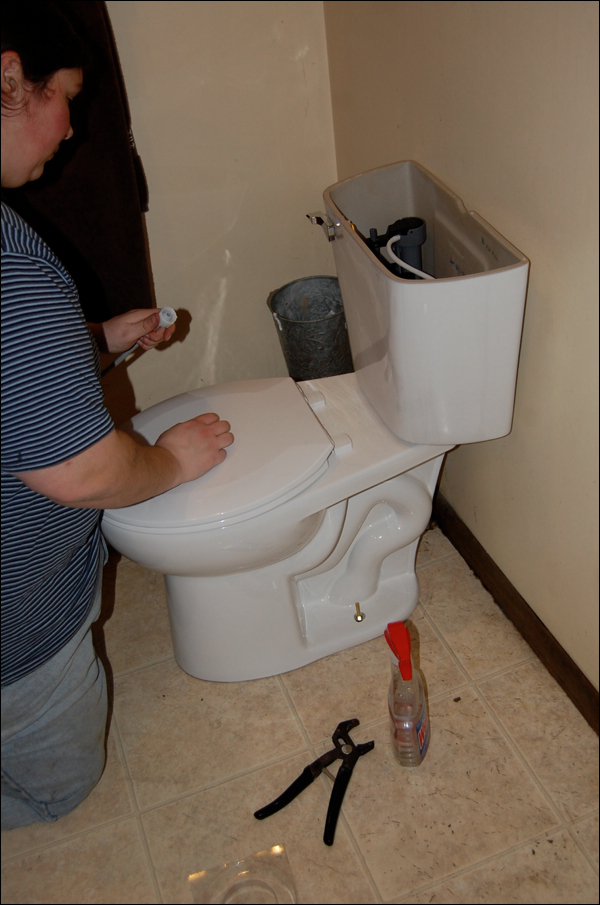 However, when we were ready, Maggie was our head plumber of the day because her sister, Jess, was busy with rock kits!  This was a little frightening, since Jess is our resident plumbing savant!  However, Maggie and I watched a very good video on You Tube University (as we call it) and felt pretty good with the attempt.  Maggie actually shooed me away after a bit, because she had this all under control.  We just took everything slowly and carefully.  No rush.

Maybe one of these days we can afford a nice water softener system.  I know it would really help our water appliances, like sinks and faucets, showers, etc.  The hard water is so rough on them.  It’s on our wish list and you never know.   But for now, we can at least start fresh with this new throne and we can know when we installed it and how long it will last.   The other just had to be very old.  Hard to know for sure, but even the way it flushed and such, this new one is like SO much better!  Just amazing. 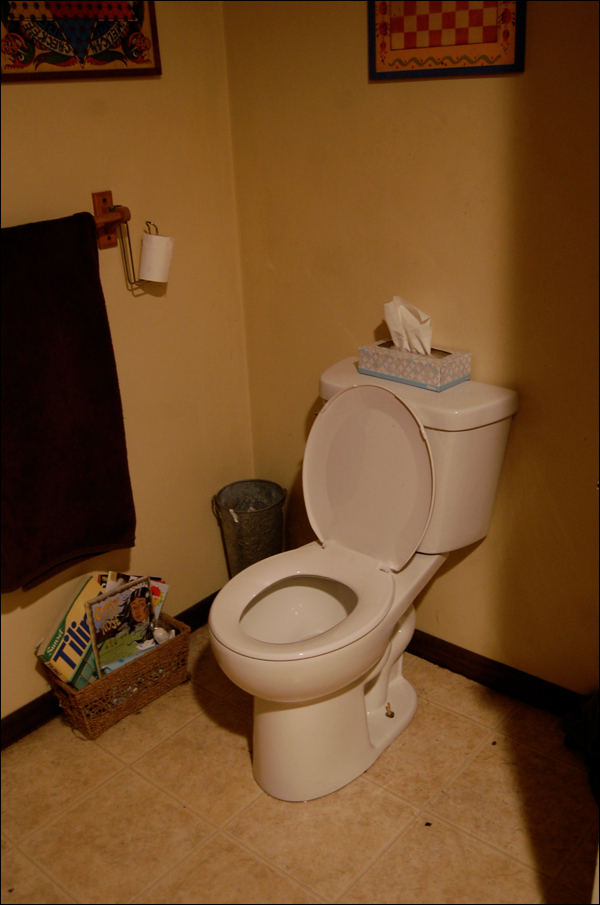 We have other plans in there, we want to paint and do a little repair work, replace a small vanity that is also having a lot of troubles.  (leaks, crack…  ugh…)  All in due time.  It’s our winter project, to help the bathroom update a bit.   Maggie already removed a failing, old floorboard heater that did not work.  She also removed the ugly controller box and is going to drywall patch the spot where it was.   Easy little fixes that will help to make it very nice soon.  Just can’t wait!  We’ll probably start a few more of the repairs in the coming weeks.

I just love how both my girls will step right up and dive into projects that they have never done before and don’t worry about getting dirty or failing.  I think that’s kind of rare today in a lot of folks.   We worry about things going wrong and then just don’t want to try.   I figured the worse situation would be no commode and a panicked phone call to more knowledgable friends!   But the best case scenario, would be a new working potty and another notch in our DIY belts!  Of course, there are things we would not attempt on our own.   Big electrical projects are scary.  But even simple ones are not as hard as you think as long as you take your time, do your research and listen to the wise ones around you!   You can do it!   We did it!

And the internet is a great place to start learning!   It’s how we learn to do a lot of things around our little kingdom!