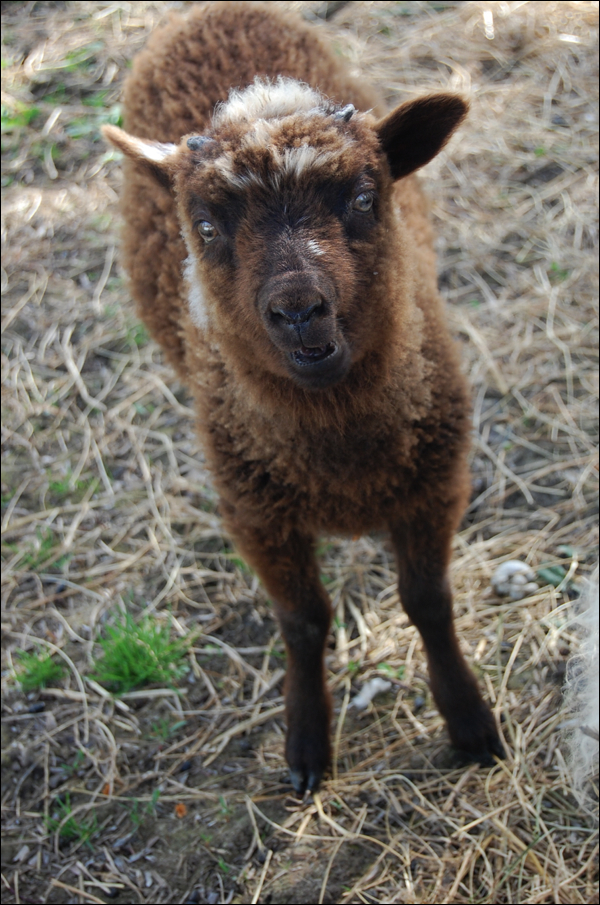 Isn’t he just the cutest?   He comes from a farm down the road… a sweet little brown yearling ram.  He’ll be old enough in the late fall to help Harley with the baby daddy chores.   Harley is closely related to several of the ewes so we need a backup helper in the genetics department.

He actually belongs to my friend Justin…  we went to see all the lovely spring lambs that the neighbors had and fell in love with this little nipper.  Both of us would like to introduce more colors into our spinner flocks and the best way to do that is a ram of another color!   Hoping he stays this lovely brown color…  after all Harley started out a nice brown and ended up more cream, like his daddy!  But we did see Radighast’s dad and he was a big lovely brown boy, so hopefully he will stay that way.

Radighast the Brown is living here with my ram and in exchange, he’ll help to breed my ewes Iris and Emma as they are too close to Harley, being that he is Iris’ son and Emmas twin brother.  He’ll help to bring a little genetic diversity to our herd. 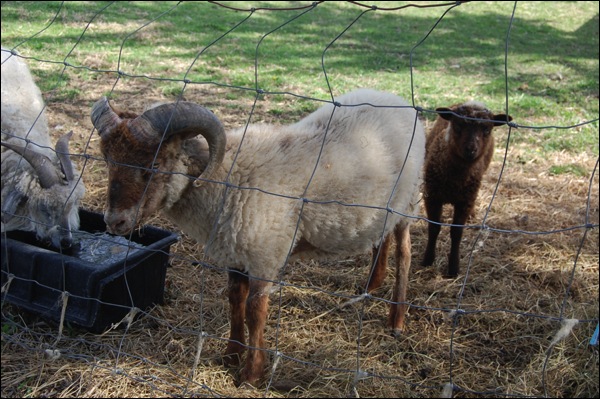 Raddy is settling in nicely with his two big uncles…  Harley and Dreamy.  Dreamy is our pygora buck baby daddy.  And fiber man.  Harley is a purebred Shetland.

If you have been reading along for the last few years, you might be wondering, where is Otis?

Well, Otis has passed away, the victim of a freak accident.   A month or so ago, we came out to feed everyone and he was dead.  Broken neck.  He was perfectly fine that evening at bed check, and what was so upsetting is that there were no real clear reasons for this perfectly lovely young man to be dead.  He had is foot loosely tangled in a bit of fence, but it slipped right out when we went to move him.   I really feel that he had stepped back into the fence, caught his foot somehow and then paniced, lept and just broke his neck.   There was no struggle marks on the ground around him, like if he had been caught and then struggled.   Just nothing.  It’s very possible that he and Harley were sparring, slamming each other in the head like rams like to do and there was a contact at the wrong moment and it broke Otis’s neck.   That does happen.  Rams are dangerous things.

In the end, we’ll never know.  It’s very sad, but at least Otis has three beautiful daughters to carry on his name and lovely genetics. 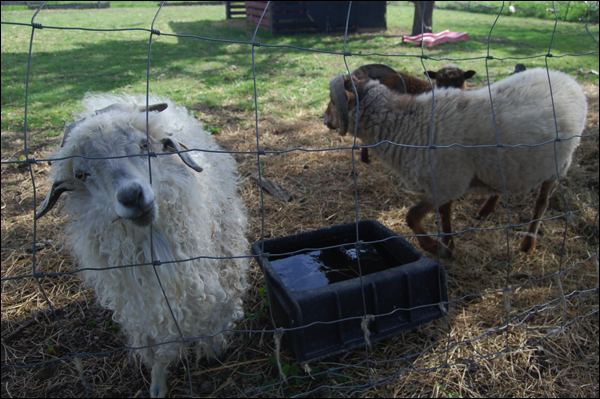 Dreamy says, shesh, another dang sheep?   When are we gonna get some more bucks around here?  Those two are bonding and being buddies and now I’m the third wheel.  Great.

Actually, I don’t think he cares a whole lot.   He just is a lone wolf sort of boy anyway…

We put Radighast out with the other lambs for a few days and he hated it.   He’s a big boy you know, and he wants to be with Harley and Dreamy, the MEN of Windhaven.   So we put him back with his big brother uncles and he’s so much happier.  He knows his destiny and his life’s purpose.   Future sire of sweet little lambs!  And welcome greeter for the farm.  Yup.   It’s a hard life but someone has to have it!